As American companies recalibrate the risks of relying on Chinese factories to make their goods, some are shifting business to a country far closer to home: Mexico.

The unfolding trend known as “near-shoring” has drawn the attention of no less than Walmart, the global retail empire with headquarters in Arkansas.

Early last year, when Walmart needed $1 million of company uniforms — more than 50,000 in one order — it bought them not from its usual suppliers in China but from Preslow, a family-run apparel business in Mexico. 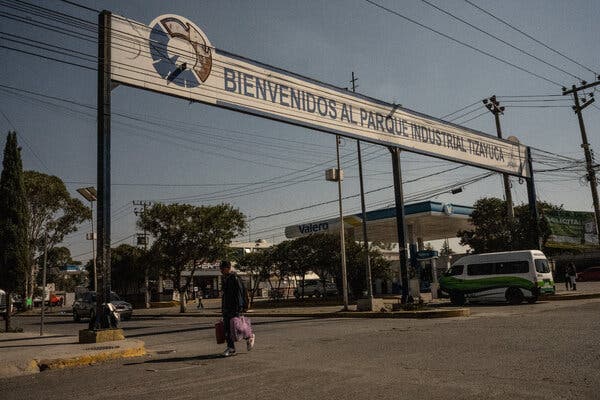 The entrance to the Tizayuca Industrial Park, which is in a small manufacturing town, Tizayuca, about an hour northeast of Mexico City. The companies Botones Loren and Preslow are in Tizayuca.Credit…Bryan Denton for The New York Times

It was February 2022, and the contours of global trade seemed up for alteration. The worst pandemic in a century had upended shipping. The cost of transporting products across the Pacific had skyrocketed, and ports were choked with floating traffic jams — a stark indication of the dangers of depending on a single faraway country for critical goods.

Among multinational companies, decades of faith in the economic merits of making things in China had come under withering challenge, especially as animosity intensified between Washington and Beijing.

At his office in Mexico City, Isaac Presburger, director of sales at Preslow, took Walmart’s order as a sign of his country’s evolving role in the economy, and the opportunities that flow from sharing the same side of the Pacific with the United States.

“Walmart had a big problem with their supply,” Mr. Presburger recounted. “They said, ‘OK, Mexico, save me.’”

Basic geography is a driver for American companies moving business to Mexico. Shipping a container full of goods to the United States from China generally requires a month — a time frame that doubled and tripled during the worst disruptions of the pandemic. Yet factories in Mexico and retailers in the United States can be bridged within two weeks. 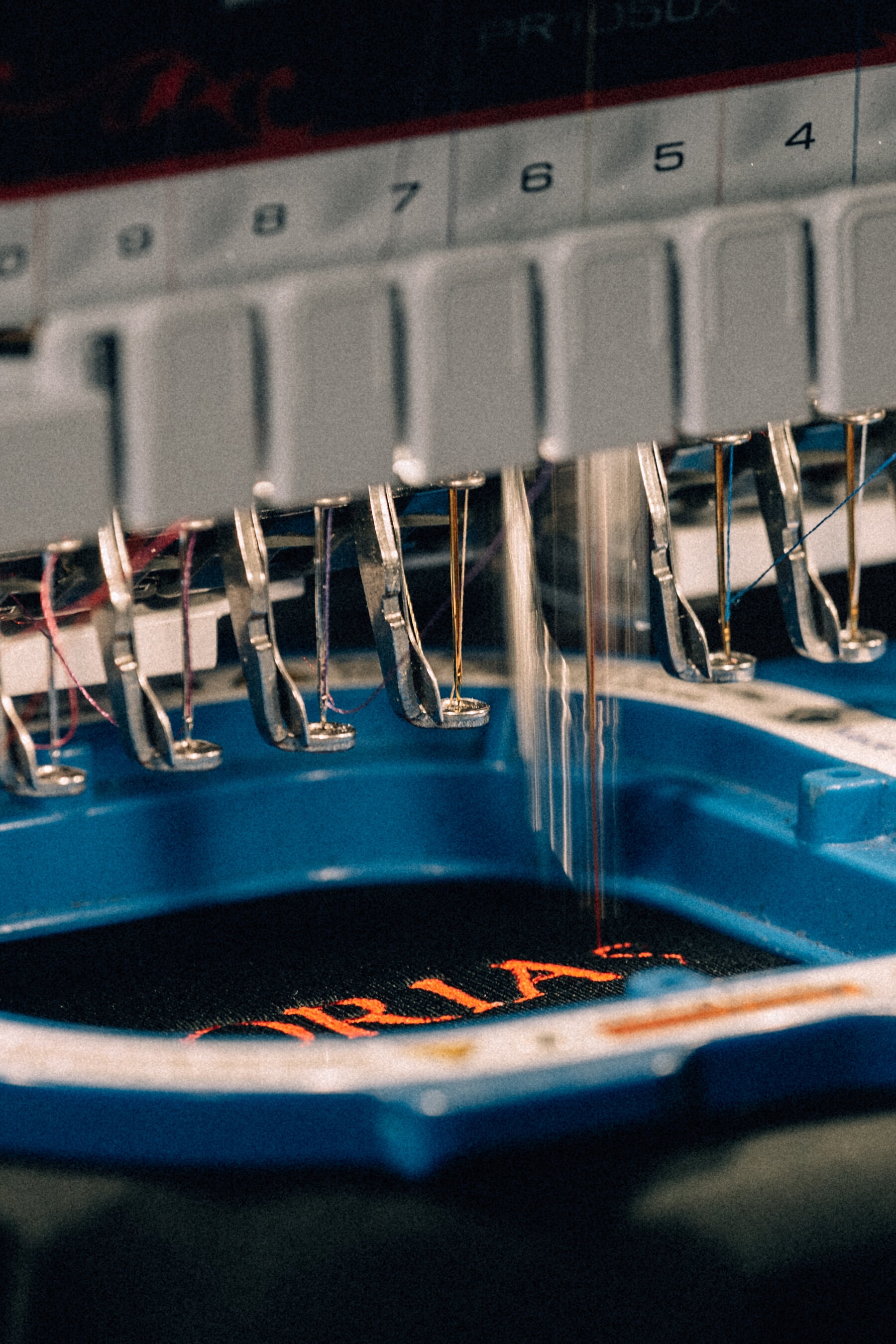 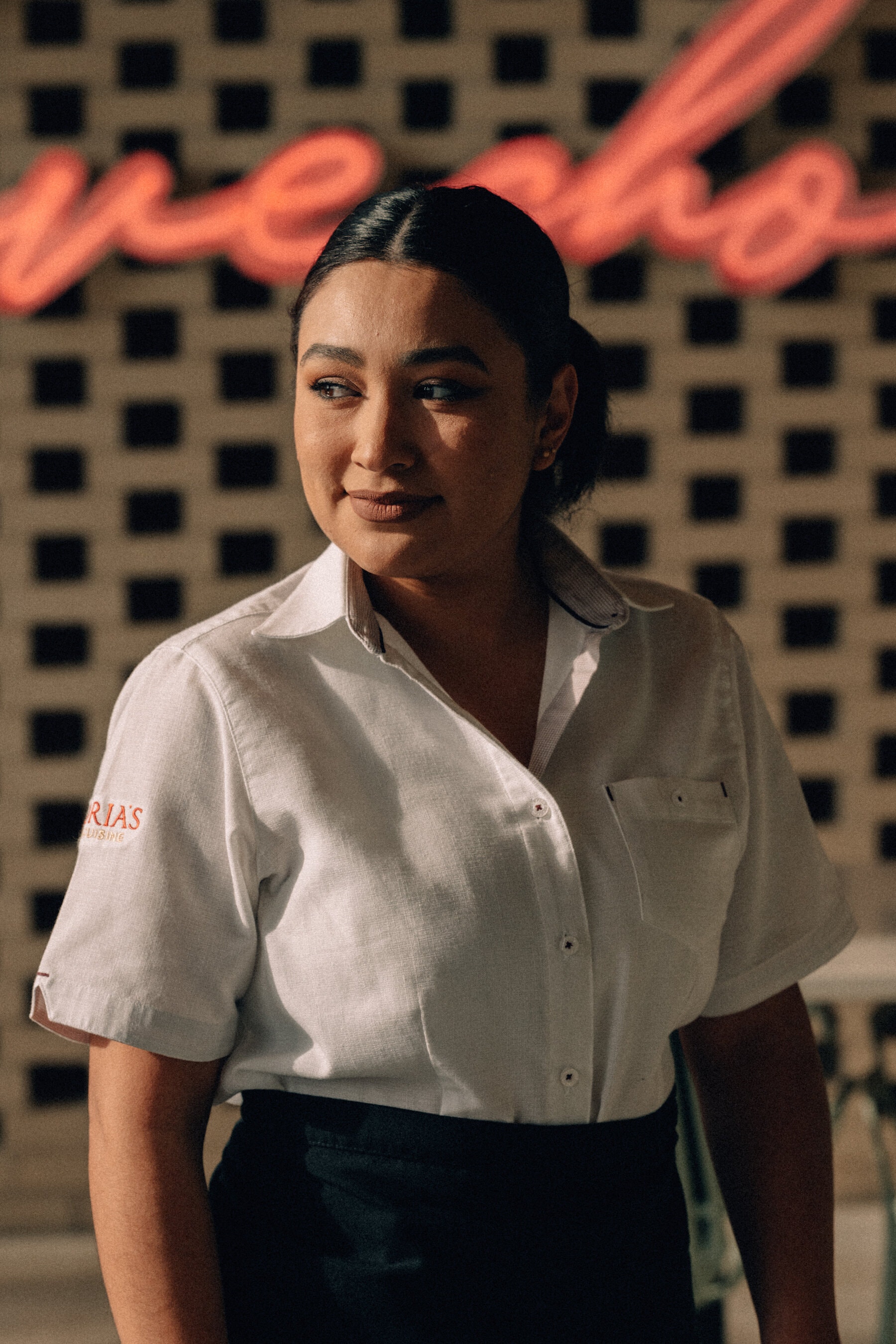 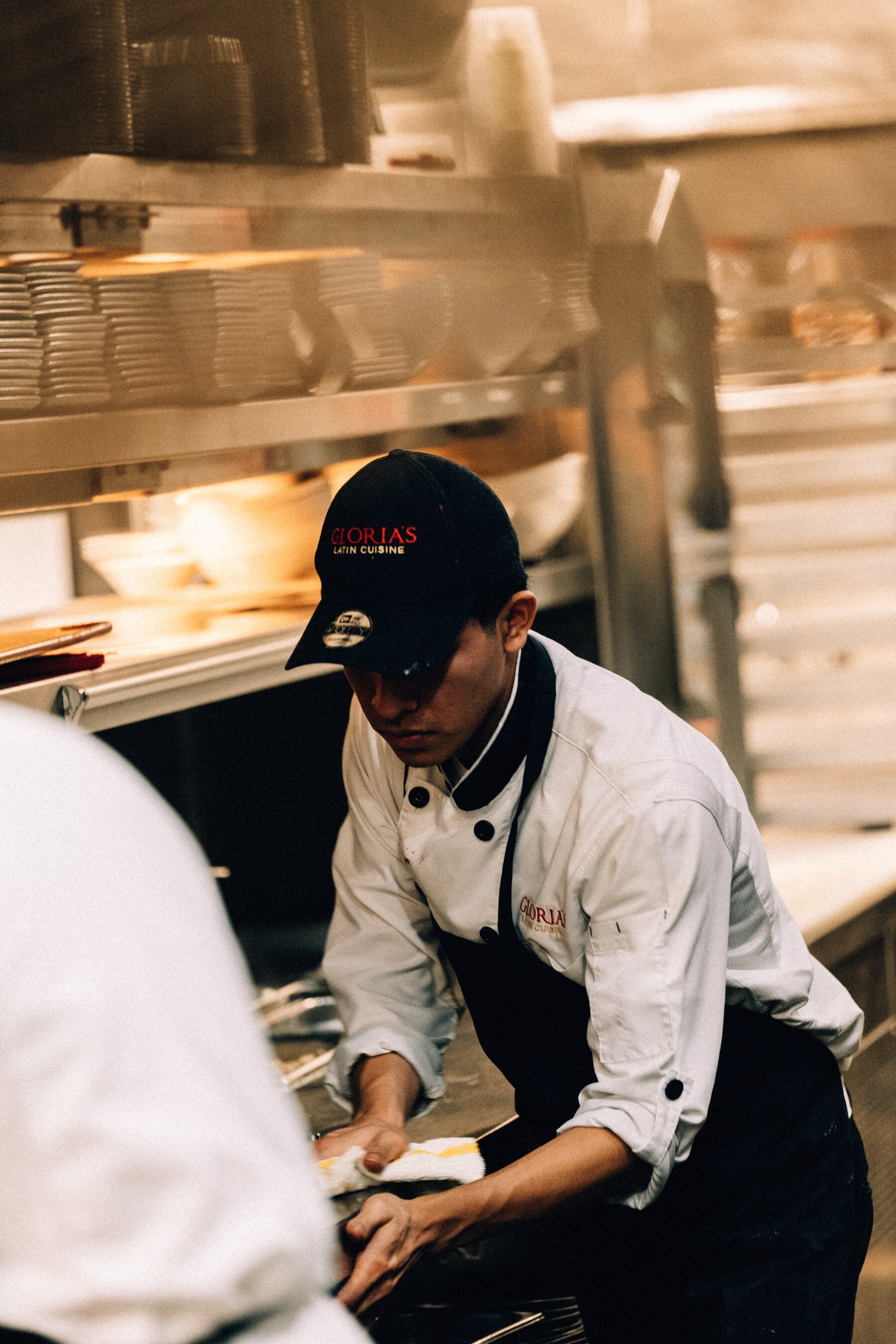 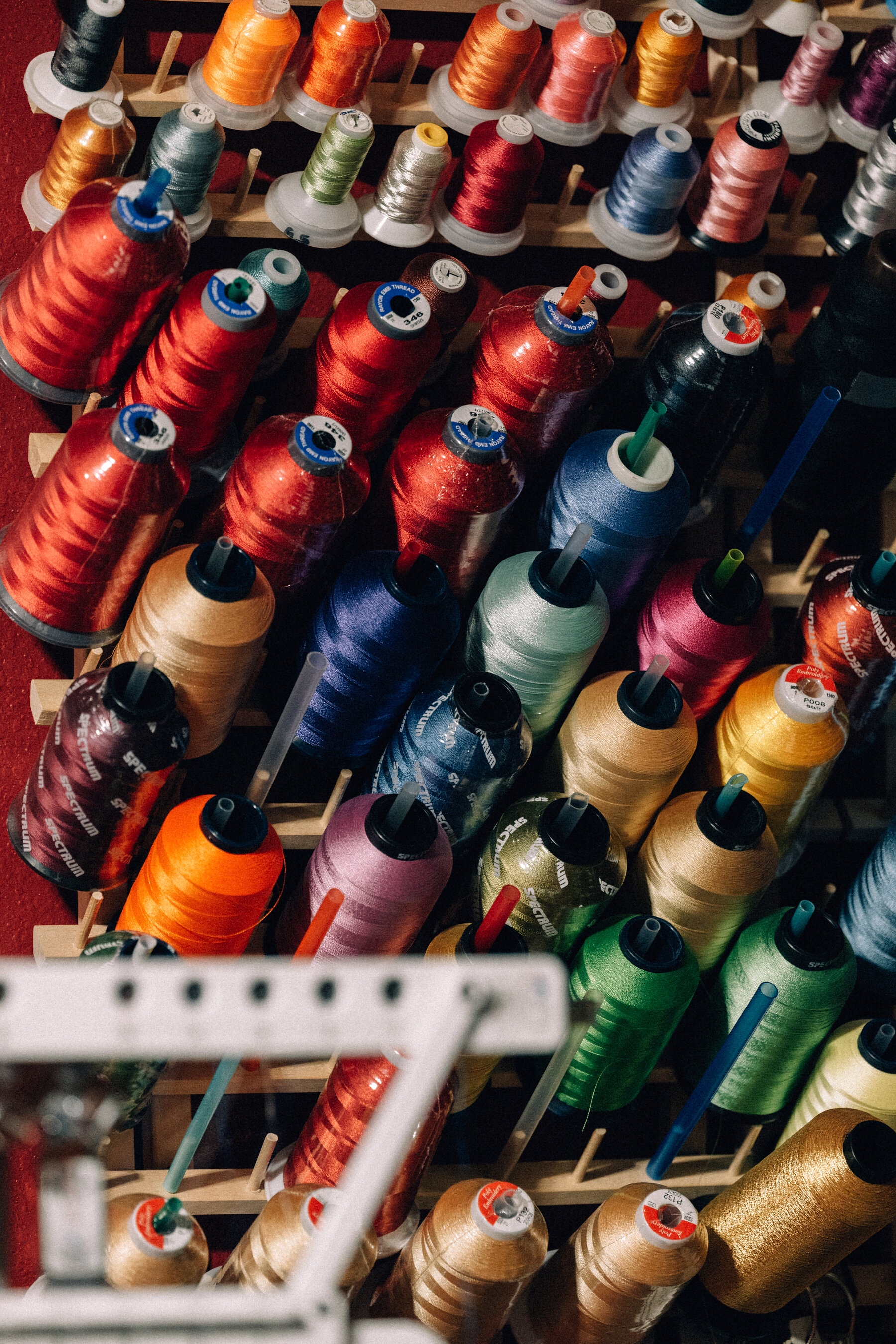 Veronica and Jose Justiniano run an embroidery business, Veronica’s Embroidery, out of their home that supplies restaurants, construction companies and maid services with uniforms for their employees. Their most important client is the restaurant chain Gloria’s Latin Cuisine.Credit…Jake Dockins for The New York Times

“Everybody who sources from China understands that there’s no way to get around that Pacific Ocean — there’s no technology for that,” said Raine Mahdi, founder of Zipfox, a San Diego-based company that links factories in Mexico with American companies seeking alternatives to Asia. “There’s always this push from customers: ‘Can you get it here faster?’”

During the first 10 months of last year, Mexico exported $382 billion of goods to the United States, an increase of more than 20 percent over the same period in 2021, according to U.S. census data. Since 2019, American imports of Mexican goods have swelled by more than one-fourth.

In 2021, American investors put more money into Mexico — buying companies and financing projects — than into China, according to an analysis by the McKinsey Global Institute.

China will almost certainly remain a central component of manufacturing for years to come, say trade experts. But the shift toward Mexico represents a marginal reapportionment of the world’s manufacturing capacity amid recognition of volatile hazards — from geopolitical realignments to the intensifying challenges of climate change.

“It’s not about deglobalization,” said Michael Burns, managing partner at Murray Hill Group, an investment firm focused on the supply chain. “It’s the next stage of globalization that is focused on regional networks.”

The Communist Party cast aside restrictive “zero Covid” policy, which set off mass protests that were a rare challenge to the Communist leadership.

That Mexico looms as a potential means of cushioning Americans from the pitfalls of globalization amounts to a development rich in historical irony.

Three decades ago, Ross Perot, the business magnate then running for president, warned of “a giant sucking sound going south” in depicting Mexico as a job-capturing threat to American livelihoods.

“The reality is that Mexico is the solution to some of our challenges,” said Shannon K. O’Neil, a Latin America specialist at the Council on Foreign Relations in New York. “Trade that is closer by from Canada or Mexico is much more likely to create and protect U.S. jobs.”

Given that the United States, Mexico and Canada operate within an expansive trade zone, their supply chains are often intertwined. Each contributes parts and raw materials used in finished goods by the others. Cars assembled in Mexico, for example, draw heavily on parts produced at factories in the United States.

Overall, some 40 percent of the value of Mexico’s exports to the United States consists of parts and components made at American plants, according to a seminal research paper. Yet only 4 percent of imports from China are American-made.

Early this year, instead of engaging its usual suppliers in China for $1 million worth of company uniforms, Walmart bought them from Preslow, a family-run apparel business in Mexico.Credit…Trent Bozeman for The New York Times

A Walmart spokesperson described the company’s interest in Mexico as part of a broader effort to make its supply chain less vulnerable to troubles in any one region.

For now, Mexico lacks the capacity to assume China’s place as the dominant supplier of a vast range of goods.

Yet the storage shelves were piled high with bolts of synthetic fabric, nearly all of it made in China.

“All the basic materials are still imported from China, because you don’t have the suppliers here,” Mr. Presburger said. “The fabrics I use are impossible to get in Mexico.”

On the other side of the Mexican border, in a bedroom community north of Dallas, Jose and Veronica Justiniano were also dependent on vital goods from Asia and eager to find a vendor in the same hemisphere.

The couple ran a small business, Veronica’s Embroidery, out of their home. They supplied restaurants, construction companies and maid services with uniforms for their employees.

Born and raised in El Salvador, they had left behind a horrific civil war to forge comfortable lives in the United States.

Mr. Justiniano, 50, landed first in Los Angeles, where he worked as a janitor at the Beverly Hills jail, and then as a billboard installer. After moving to Dallas, he got an entry-level job at an auto parts plant, and eventually rose to supervisor, gaining expertise in machinery. Ms. Justiniano, 54, worked as a home aide to an aging couple.

In 2018, the couple bought their first embroidery machine, installing it in an upstairs bedroom. The next year, they secured their most important customer — Gloria’s Latin Cuisine, a chain of 22 fine-dining restaurants in Dallas, Houston, San Antonio and Austin.

The Justinianos bought uniforms from a company that imported them from Asia. Then they used their machines to embroider the logos.

Their distributor maintained huge stocks of inventory at warehouses in Texas, typically delivering within a day. But as the pandemic intensified in 2020, days turned into months. The Justinianos were late in their own deliveries, a mortifying threat to their business.

“The only way was Mexico,” he said.

They eventually entrusted much of their business to Lazzar Uniforms, a family-run company in Guadalajara, a booming city about 350 miles northwest of Mexico’s capital. Lazzar’s commercial director, Ramon Becerra, 39, was eager to gain a crack at the enormous market to the north.

The Justinianos’ American distributor operated in bulk, selling only what it had in stock and providing no custom work. Lazzar, on the other hand, beckoned as a design shop and apparel factory in one.

Mr. Becerra’s team conferred on the particulars of what the Justinianos desired: a light fabric that vented away moisture, providing relief from the heat of the kitchen. The two companies were able to communicate easily by phone and video without having to navigate a time difference.

They started small, with a few dozen chef’s jackets. By September 2021, Veronica’s Embroidery was purchasing 1,000 linen shirts in a single order, at prices close to what its previous distributor charged for imports from Asia.

On a recent morning, Mr. Becerra hosted Mr. Justiniano at his factory in Guadalajara. The two men discussed a potential new partnership in which Lazzar would set up a warehouse in Texas, with Mr. Justiniano handling American distribution.

“This year has been a wake up call for the U.S.,” Mr. Justiniano said. “We have to reconsider where we get our stuff made.”

The biggest impediment to Mexico’s reaching its potential as an alternative to China may be Mexico itself.

Its president, Andrés Manuel López Obrador, has neglected the nation’s infrastructure, including its ports.

Even Mr. Presburger, an enthusiastic promoter of his country’s industrial virtues, concedes that Mexico will struggle to amass the scope of China’s manufacturing capacity.

He recalled his first trip to China to look for fabric more than a decade ago. The scope of production left him astonished, with monumental spinning mills alongside specialized dying operations.

“The sheer size of the factories there is crazy,” he said. “I don’t think there’s a way back from that. It’s not going to be easy.”

Inside his factory, he displayed a popular item, a black bomber jacket adorned with an elaborate and colorful pattern. The zipper was made in Mexico, and so was a skull-shaped ornament that pulled it. But the rest of the components — the fabric, the thread, the liner — were all made across the Pacific.

Still, a shift is palpable.

Near Preslow’s plant, an enormous factory makes as many as six million buttons per day, employing some 1,500 people. The company, Botones Loren, has seen its sales grow by nearly two-thirds over the past year. Its customers — international brands like Armani and Men’s Warehouse — are shifting orders from China, said the company’s chief executive, Sony Chalouah.

“They think that the U.S. will continue to be fighting with China,” he said. “They want to not depend on China.”

Some within the apparel industry anticipate that Mexico’s appeal will fade as normalcy returns to the global supply chain.

“At the end of the day, everything is driven by pricing,” he said.

Yet within Mexico, businesses are counting on continuing acrimony between the United States and China.

The Trump administration imposed steep tariffs on hundreds of billions of dollars of Chinese imports. President Biden has continued that policy, while adding measures that seek to deny China access to technology.

Washington has accused the Chinese government of genocide in its brutal repression of the minority Uyghur community in the western Xinjiang region — a major source of cotton. Any company buying clothing made in China risks accusations of exploiting Uyghur forced labor.

Russia’s invasion of Ukraine and its deepening ties with China have amplified the sense that the world is dividing into distinct camps of allies and enemies.

Lectra, a French company that makes machines that cut fabric into pieces for the apparel industry, has seen its sales in Mexico and Central America grow by nearly a third over the past year.

“What is driving this near-shoring is basically the situation between the U.S. and China,” said the company’s commercial director for the region, Carlos Sarmiento.

“It’s not that China is going to disappear from the American market,” he added. “It’s that there is more openness to look at Mexico and Central America as an alternative rather than depend entirely on China.”

This Diet App Sends a Goblin to Eviscerate Your Kitchen 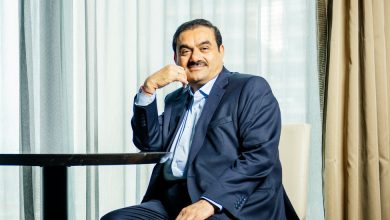 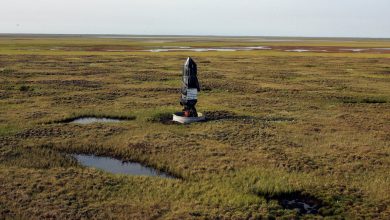 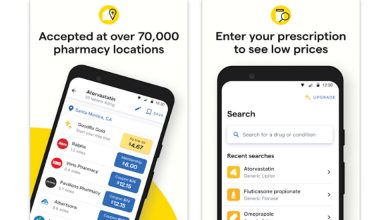 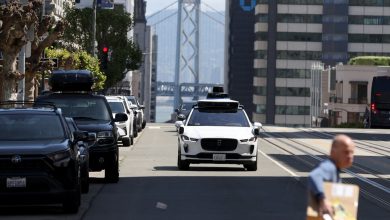