A small study on the therapeutic effects of using psychedelics to treat alcohol use disorder found that just two doses of psilocybin magic mushrooms paired with psychotherapy led to an 83 percent decline in heavy drinking among the participants. Those given a placebo reduced their alcohol intake by 51 percent.

By the end of the eight-month trial, nearly half of those who received psilocybin had stopped drinking entirely compared with about a quarter of those given the placebo, according to the researchers.

The study, published Wednesday in JAMA Psychiatry, is the latest in a cascade of new research exploring the benefits of mind-altering compounds to treat a range of mental health problems, from depression, anxiety and post-traumatic stress disorder to the existential dread experienced by the terminally ill.

Although most psychedelics remain illegal under federal law, the Food and Drug Administration is weighing potential therapeutic uses for compounds like psilocybin, LSD and MDMA, the drug better known as Ecstasy.

Dr. Michael Bogenschutz, director at NYU Langone Center for Psychedelic Medicine and the study’s lead investigator, said the findings offered hope for the nearly 15 million Americans who struggle with excessive drinking — roughly 5 percent of all adults. Excessive alcohol use kills an estimated 140,000 people each year.

“These are exciting results,” Dr. Bogenschutz said. “Alcohol use disorder is a serious public health problem, and the effects of currently available treatments and medications tend to be small.”

The double-blind randomized trial followed 93 participants for 32 weeks and divided them into two groups: One received psilocybin and the other a placebo in the form of antihistamine pills. The participants, all of whom struggled with excessive drinking, also took part in 12 therapy sessions that began several weeks before they received their first doses and continued for a month after the final dose. The psilocybin dosage was determined according to participants’ weight, and their heart rate and blood pressure were monitored during the eight-hour sessions.

Although none of the participants who received psilocybin reported serious adverse effects, the study had one notable limitation: After each session, nearly all the study subjects were able to successfully guess whether they had received psilocybin or the placebo. “Biased expectancies could have influenced results,” the authors wrote, “so this issue remains a challenge for clinical research on psychedelics.”

Mary Beth Orr of Burien, Wash., used to have five or six drinks every evening and more on the weekends before enrolling in the psilocybin study.Credit…Ted S. Warren/Associated Press

Mary Beth Orr, one of the study participants who received psilocybin, said the treatments helped alter her destructive relationship with alcohol. Although she never blacked out and described herself as a “classy drinker,” her life was nonetheless diminished by nightly boozing that left her feeling miserable in the morning.

“I spent a lot of time every day thinking about not drinking in the evening,” said Ms. Orr, 69, a retired museum art technician who lives near Seattle. “I wanted to stop but couldn’t.”

The psilocybin sessions, she said, were at times unnerving but ultimately illuminating. The mystical, dreamlike journeys included vivid splashes of color, fantastical creatures and an emotional encounter with her deceased father. “It was like a gorgeous show, with jewels and the sense of rushing through a tunnel with deity figures looking down at me from niches in the walls,” she said. Two therapists served as her guides as she lay on a sofa, her eyes masked while soothing music was piped into her headphones.

Though less colorful and exhilarating, the second session was anchored by a pivotal, underwater conversation with a family member who she said had caused her immense pain over the years. At the end, she wished the relative well, and they parted with a kiss.

The takeaway message, she said, was one of forgiveness, understanding and love, both for others and herself. “I’m no longer afraid of feelings, and I’m living a deeper life,” she said.

More than three years after her last session, Ms. Orr said that she seldom drinks but allows herself the occasional glass of wine. “It’s not that I monitor my drinking, it’s just that I don’t think about it, which is the glorious part for me.”

Scientists do not fully understand how psilocybin and other psychedelics work on the mind, but the drugs are thought to promote neuroplasticity, or a rewiring of the brain, enabling those with psychiatric problems to find new ways to address their illness and self-destructive behaviors.

Dr. Matthew W. Johnson, a psychedelic researcher at Johns Hopkins Medicine who was not involved with the JAMA study, said he was encouraged by the results, in part because of the study’s comparatively large size and double-blind design. A previous, promising trial on psilocybin and alcoholic use disorder, he noted, had just 10 participants.

“This really moves the field forward,” said Dr. Johnson, a professor of psychiatry and behavioral sciences who is conducting a federally funded study on the use of psilocybin for smoking cessation.

He said the promise of psychedelics was especially exciting, given the current crop of anti-addiction therapies, most of which take aim at the cravings, withdrawal or drug-mediated reward receptors in the brain. Psilocybin and other psychedelic compounds, by contrast, appear to affect the psychological underpinnings of addiction, Dr. Johnson said.

“This study adds to the literature suggesting that psychedelics may have general anti-addiction efficacy, which is really an odd thing because it’s rare for a potential medication to be effective for multiple forms of addiction,” he said.

Dr. Bogenschutz, the study’s lead author, said a subsequent trial would include more than 200 participants and test the efficacy of a single dose of psilocybin. The trial will also use a different placebo, the vitamin niacin.

On Monday, the F.D.A. approved the trial, which will be the largest to study the use of psilocybin-paired therapy for the treatment of alcohol use disorder. 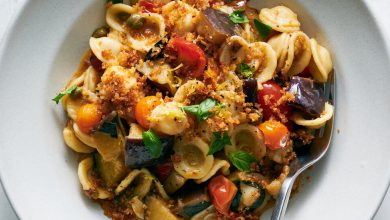 Crumbs for Dinner, in the Best Possible Way 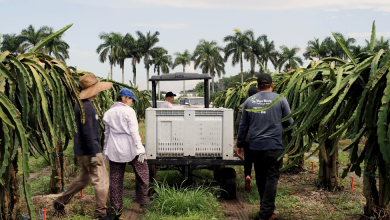 Dragon Fruit Is Showing Up All Over. So Why Are Farmers Leaving the Business? 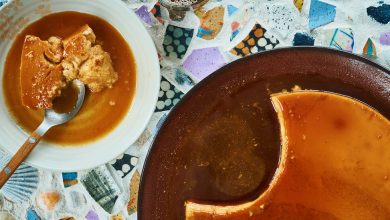 Want to Be a Better Cook? Trust Your Senses. 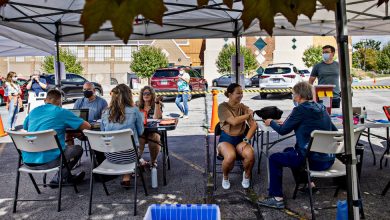