Marin Konstadt, visiting family in Florida, was at the opera in 2020 when she got a call on her cellphone. She called back at intermission. The caller, a genetics specialist at a hospital, had some important news for her. She has a genetic variant that can increase her disease risk. Did she want to know more?

Ms. Konstadt, 69, a psychiatric nurse practitioner who lives in Salem, Mass., had been thrust like many other Americans into a raging debate on medical ethics and genetics. In 2016, she provided a DNA sample to a biobank, a repository of medical records, tissues samples and genetic sequences that investigators can use to study genes and their variants in the population, and their relation to health. For example, the large British biobank, with half a million anonymous participants, has found rare gene variants linked to heart disease, which may lead to improved treatments.

Ms. Konstadt thought she would help contribute to such research efforts when she provided DNA.

“I never expected to be contacted since I was giving this sample as an anonymous subject,” she said. She explained to the caller that she knew her family’s medical history and did not want to hear anything more.

“I was like, wait a minute. Where is this information going? How will it be utilized?” she later asked. “I don’t know if there are any implications for life and health insurance for me or my family, but why risk it?”

What should happen when researchers, while sequencing a participant’s DNA as part of a large study, discover gene variants that increase the risk for conditions that might be prevented with medical treatment or surveillance? Some researchers believe they have an obligation to find the participants — often years after they provided a DNA sample — contact them, and tell them what they have found. But, some research subjects, like Ms. Konstadt, feel they have a right not to know. Is it ethical for doctors to let them insist they can opt out of learning more without first knowing the particular risk they are facing?

For Dr. Robert Green, an investigator for the biobank with Ms. Konstadt’s DNA, the Mass General Brigham Biobank, and author of a recent paper about its policies, the answers are clear. The consent form for the biobank tells participants that if the researchers find a worrisome variant, and if there is an intervention that can reduce risk, the participants will be contacted. There will be seven attempts to reach participants — calls and letters — before the team gives up.

“We are offering the information, not forcing participants to accept it,” said Dr. Green, who is also a geneticist and professor of medicine at Harvard. “If you don’t answer the phone or decide when offered that you don’t want to hear anything more, or even hang up on us when we call, then that’s your choice.”

Two days after Ms. Konstadt made that choice when she replied to the first caller, she got another call. Was she sure she didn’t want to know? Once again, she declined, and did the same after a third call.

Dr. Green and his colleagues point out that the possibility of being contacted was in the consent form:

But some, like Ms. Konstadt, did not notice that clause when signing the form.

Out of more than 36,000 participants, whose DNA its researchers analyzed, the Mass General Brigham Biobank found 425 with worrisome gene variants whose effects could be ameliorated by — depending on the genes — enhanced cancer surveillance or aggressive medical treatments to lower cholesterol levels, for example.

Mr. Fatal, who also lives in Salem, provided a DNA sample in 2017. Two years later, he heard back.

“They said: ‘We found something. Are you looking to find out?’”

“I said, ‘Yeah, I’m curious,’” Mr. Fatal replied. He was asked to provide another DNA sample. 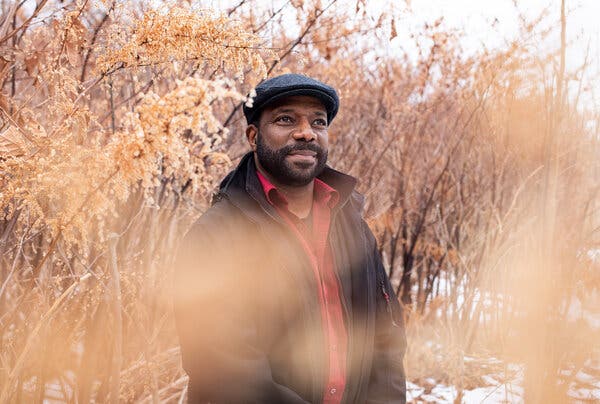 Jacques Fatal, of Salem, Mass. “In my case, ignorance was not bliss,” he said.Credit…Kayana Szymczak for The New York Times

A month later he got a call saying the finding was confirmed. Did he want to know about it?

“I said, ‘Yes, I kind of do.’ They said: ‘It’s not anything good. If you are trying to get life insurance, it might affect it. Are you sure you want to know?’”

He did, and he was told he had Lynch Syndrome, a condition that predisposes a person to a variety of cancers. He looked at his family’s medical history and realized that quite a few relatives had cancer and many died from it. To protect himself, Mr. Fatal was told to have annual colonoscopies, and to have an upper endoscopy, liver cancer tests and skin screens.

He is following that advice and told his siblings and relatives they should be tested for the gene, too.

“In my case, ignorance was not bliss,” he said.

While biobanks — both national and attached to individual institutions — are proliferating, most do not re-contact participants.

Dr. Lainie Friedman Ross, a medical ethicist at the University of Chicago, says that’s appropriate because there is a profound difference between medical care and research.

“When you go to a doctor, you and your doctor are aligned in looking for what is in your medical best interest,” she said. “That is not the aim of research, which is designed to advance knowledge.”

Researchers, she said, are not helping people if they “do these genetic tests and then dump the raw information on you.” The results need to be put in the context of the person’s medical history and family history, and she said the biobank should provide follow-up services — a tall order for a research project whose funding may have ended years ago.

But Dr. Green at Harvard asks why genetic information should be treated differently from other worrisome findings that turn up in medical research.

“If someone comes into a research study with a blood pressure of 400/200, you’d send them to the emergency room,” he said. “That’s a treatable medical emergency.” The same should hold true in genetics research, he said.

“There is a growing sense that there is both an ethical responsibility and a legal liability to having information in your possession that might materially affect the health of a participant and not disclose it,” Dr. Green said.

Susan Wolf, a professor of law and medicine at the University of Minnesota, said re-contacting participants was based on respect for them.

“If you have information as a researcher that has profound potential implications for my health, then out of respect you ought to offer it to me,” she said. “For you to simply sit on it is problematic.”

But Dr. Ellen Clayton, professor of law and genetics at Vanderbilt, worries about the true impact of returning genetic findings to research participants. She cautioned that when researchers call a participant to say they’ve found a variant, “you are getting information that is not standard of care in medicine.” And, she added, it’s not clear that there will be any outcome other than worrying people.

“We know what people do when they get information that might lead them to be more healthy,” she said. “Most don’t do anything.”

Benjamin Berkman, a bioethicist at the National Institutes of Health, said that, in his view, the benefits of telling participants about genetic findings that can be treated or prevented greatly outweighed the risk that the participants might be frightened or fail to follow up.

“These are important pieces of information that can be lifesaving,” he said.

But not all biobanks give subjects the chance to receive health warnings.

At Vanderbilt, Dr. Clayton said, she volunteered genetic information to a biobank whose participants have been de-identified — all names and other personal information are stripped from the data. It also has other protections to prevent individuals in the bank from being found. While she happily contributed to the research, Dr. Clayton said, she is glad her data can’t be traced and that no one will call her if they find something that may be worrying.

Tags
Part Research Sai̇d She That

Mourinho, Benítez and the Pursuit of the Past

C.D.C. advisers will discuss whether to recommend Pfizer boosters for children 5 to 11.

A Massachusetts Man Is Infected With Monkeypox

Targeting the Uneven Burden of Kidney Disease on Black Americans