I teach business law at a private university. One undergraduate course I teach is employment law, which covers discrimination under Title VII of the Civil Rights Act of 1964. I believe it is important to explain the groundbreaking significance of this legislation to my students, so I delve into the de facto apartheid in the South, with its Jim Crow laws, the widespread discrimination against all types of minority groups and the resistance by many legislators, especially in the South, to the passage of this law.

Senator Strom Thurmond was a vocal opponent of the bill, and I quote from an earlier speech of his in which he used the N-word. And herein lies my dilemma. Do I use the actual word in class? I believe that using the actual word dramatizes how shocking and offensive his speech was and that using the watered-down version robs it of its power. I strongly believe that I am entitled to use the word for pedagogical purposes. On the other hand, I know that the use of that word is effectively forbidden, and some students may be offended by it, especially coming from a white professor. Also, I know that faculty members have been dismissed because they quoted literary passages that use the slur.

I am at a loss. I keep changing my mind, at times determined to use the word and at times thinking it wiser to obfuscate. I wonder if you can provide some guidance. Name Withheld

Word-magic, in a variety of forms, is an ubiquitous phenomenon: Simply uttering a word, we often think, can be an act of summoning. And so verbal taboos, which all communities seem to evolve, apply to both the sacred and the profane. Many Orthodox Jews regard the name of God as too holy to be uttered in ordinary contexts and instead use the word “Hashem,” which literally means “the name.” (That too-holy name is itself a substitute for an even holier, truly ineffable name.) But words to do with sex or excrement, and the associated body parts, are the more familiar candidates. We all know about the words you can’t say on broadcast TV, under penalty of law. In Twi, the first language of my Ghanaian father, there’s an apologetic word you can say in advance, “sebe,” if you want to use a proscribed word. That won’t cut it with the F.C.C.

Logicians and linguists sometimes distinguish between using and mentioning a word. Use: “God, please show me the way.” Mention: “The word ‘God’ has three letters.” Decent people will obviously refrain from using ethnic slurs — “dysphemistic” epithets — that express contempt for some designated group. Yet verbal taboos are more demanding: Both use and mention are typically prohibited. Many publications, including this one, have a general stricture against, say, using or mentioning the F-word. Should the N-word join the unmentionables?

Many wish it would. Fifteen years ago, the N.A.A.C.P. actually staged a burial ceremony for the word. (Awkwardly, the fourth letter of the organization’s name stands for another now-shunned designation.) The prohibitionist case is that the word has been associated with horrendous cruelty and injustice, that it has been used to dehumanize and degrade, that it can, accordingly, inflict pain and produce a sense of vulnerability. No matter how many quote marks may surround the word, the argument runs, to utter it is to summon the horrors of history. A thousand sebes won’t remove its sting.

But do efforts to make a word unsayable diminish its power or magnify it? Back in the 1920s, Walter White, the future head of the N.A.A.C.P., someone who personally investigated dozens of lynchings, insisted that the equanimity with which Black people greeted a new novel with the contested word in its title was a sign of “how far we have progressed.”

And sometimes words meant to stigmatize have been rehabilitated. When I was in school, “queer” was one of those fraught dysphemisms. If you weren’t homophobic, you would have avoided the word. Then, over the course of my lifetime, the sort of people it designated reclaimed the word, and the term “L.G.B.T.Q.” has gained mainstream currency. Norms of social acceptance changed; so did norms of verbal usage. Back in the 1990s, there were Black people, such as the hip-hop artist KRS-One, who advocated and anticipated the same development for the word we’re discussing. At the very least, they thought it would lose its ability to wound as it became ordinary, its edges blunted by its banality. But the career of such words is hard to predict.

It’s true that, in a convention dating back more than a century, many Black people have adopted an in-group use of the word, in a way that’s now often marked in writing by ending it with an “a” rather than an “er.” Some even contend that it’s a different word. Yet the usage depends on knowing that the standard N-word is an insult. Precisely because it’s off-limits to outsiders, it can function as a shibboleth among certain Black speakers, who use it more or less interchangeably with “guy” or “brother.” (It tends to be gendered in this way.) The main usage rule has to do with who can use it. The hip-hop artist Kendrick Lamar once invited a white woman from the audience to join him onstage in the performance of one of his songs — then stopped her when she failed to skip over the N-word, which recurred 20 times in the lyrics. It was off-limits to her.

Should it be off-limits to you? Your aim, as you make clear, is to discuss an episode of racial derogation, not to produce one. Now, some will say that Black Americans have been so traumatized by the odious uses of the word that the very sound of it causes distress. Others don’t find this to be a credible generalization; that simple psychological story is certainly hard to reconcile with the shifting attitudes you can trace within the Black press across the generations. Besides, you have a pedagogic rationale to offer.

The trouble is that no individual can simply override social and semantic norms and decide what the utterance of a word will signify. You yourself grasp that words have a performative effect. You don’t have to say the word in order to convey the information that Thurmond said it; you’re aiming for a performative effect beyond the factual content. You should recognize, then, that it would have another performative effect: It would announce that you’ve chosen to violate a norm your students mainly subscribe to and defy a demand many Black people have made. Some of your students will take that as a gesture of disrespect. They will ask why you felt entitled to flout the taboo. Especially given the history of racism in this country, there’s much to be said for listening to Black people on topics like this and taking such lexical requests seriously.

Norms do evolve over time. Efforts to banish that in-group, fraternal usage have mainly failed: Those complaints have been readily dismissed as “saddity,” primly classist or schoolmarmish. By contrast, a taboo on its utterance by non-Black people has grown only more entrenched. That there are reasons for wondering whether this is a sensible or salutary norm doesn’t cancel the norm or give you the power to suspend it. So, while you should certainly feel free to discuss what Senator Thurmond said with your students, you have to accept that uttering those two syllables is likely to spin your class off course.

Kwame Anthony Appiah teaches philosophy at N.Y.U. His books include “Cosmopolitanism,” “The Honor Code” and “The Lies That Bind: Rethinking Identity.” To submit a query: Send an email to ethicist@nytimes.com; or send mail to The Ethicist, The New York Times Magazine, 620 Eighth Avenue, New York, N.Y. 10018. (Include a daytime phone number.)

Tags
Can Norm That This Word

The Magic of Tiny-Home Videos

The Psychic Contortions of the Black Mogul-Entertainer 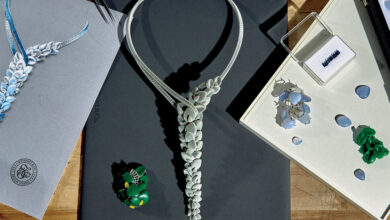 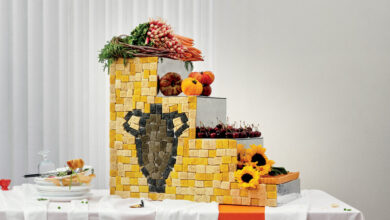 And for Our Next Course … the Centerpiece 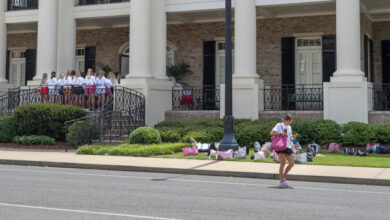 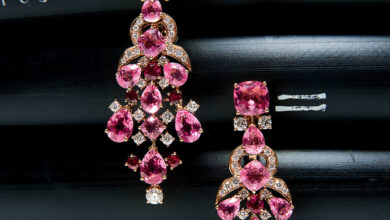