The penis has a variety of peculiar shapes and sizes: the corkscrewed shaft of a duck, the needlelike organ of a bedbug and the four-headed member of an echidna. No matter how strange they look, these phalluses all help males deliver sperm to fertilize the eggs of their female mates.

But some flea-size insects that resemble bleached files and feast on bat droppings in Brazilian caves reverse these reproductive roles. Female barklice in the Neotrogla genus possess an erectile, penislike structure covered in spines called a gynosome. They use this organ to penetrate the male Neotrogla’s vagina-like cavity. Instead of delivering sperm, the female’s gynosome vacuums it up as she mounts her mate.

This role reversal has rarely emerged in nature: Only Neotrogla barklice and a closely related group of insects in southern Africa possess a gynosome. A new effort by researchers to study this penislike structure has revealed the key muscles that help the barklice wield their anatomical anomalies, as reported in a study published Wednesday in the journal Royal Society Open Science.

The perpetually dry cave systems the barklice inhabit in southeastern Brazil are often short on nutrients and moisture. This lack of reliable grub “is probably a major factor facilitating the evolution of sex-role reversals,” said Kazunori Yoshizawa, an entomologist at Hokkaido University in Japan and an author of the study.

In most animal relationships, males are desperate to mate, investing their energy in gaudy displays or destructive duels to woo partners, while females, who expend great amounts of energy producing eggs, are much choosier. But these females flip that maxim on its head, aggressively pursuing their pickier male counterparts. When bat droppings are scarce, female Neotrogla hanker for sperm, which is encased in nutritious capsules called spermatophores.

But virile mates are hard to come by in dark caves, so the female bugs must hold their living sperm banks tight. The gynosome’s prickly spines lock the penislike structure inside the male, keeping him snug during bouts of copulation that can last up to 70 hours. The gynosome’s grip is so secure that attempting to separate a pair of mating Neotrogla will tear the male in half.

Once inside the male’s vagina-like opening, the gynosome inflates like a curved balloon as it gathers semen, which it deposits in a storage organ. When the storage organ fills up, a special valve in the gynosome diverts more semen into a second storage tank, allowing the female to continue siphoning sperm.

Neotrogla are not the only female creatures in nature to brandish penislike structures. Several mammals, including moles and spotted hyenas, have an elongated clitoris dangling between their legs. Female sea horses utilize a protruding egg duct to essentially impregnate the male sea horse with her eggs, which he fertilizes and eventually births.

But none of these structures is as complex or functional as Neotrogla’s gynosome. Instead of being an extension of an already existing feature, the gynosome is a distinct piece of reproductive hardware, complete with unique muscles and ducts.

To understand the gynosome’s internal anatomy, the team utilized micro-CT scanners to create detailed, 3-D renderings of the nether regions of three preserved Neotrogla specimens — one solitary female and a male-female pair locked in copulation. The scientists also analyzed scans of females from related species of barklice, including some that have primitive, non-protruding “prepenises.”

In the study, the team identified two groups of muscles that help female Neotrogla control their penislike gynosomes. One set of muscles was taut in the copulating pair of barklice when the penislike structure was inflated. The other set of muscles, which hooks the gynosome to the female’s internal organs, was active in the flaccid gynosome of the solo Neotrogla specimen. The researchers concluded that these muscle groups helped the females both to unfurl their gynosomes in the lead-up to their prolonged mating sessions and to retract their engorged gynosomes afterward.

According to Mercedes Burns, an evolutionary biologist at the University of Maryland, Baltimore County who studies arachnid reproduction, these muscles are reminiscent of those of the daddy longlegs spider. “When these interior muscles contract, they allow for the penis to be extruded like a crossbow, and then when they relax, the retractor muscles pull them back in,” said Dr. Burns, who was not involved in the new study.

The researchers also found some of these muscles in female relatives of Neotrogla with more primitive sexual gear like prepenises. In those insects, the organ may have a different function, such as stimulating, instead of penetrating the male, Dr. Yoshizawa said. That could mean these muscles predated the evolution of the penislike gynosome.

“We can see where this structure came from and what ecological conditions caused these role reversals,” Dr. Burns said. “It’s not just alien anymore.”

Lynette Hardaway, of Pro-Trump Duo Diamond and Silk, Dies at 51 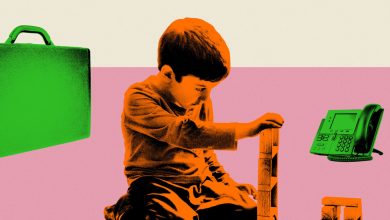 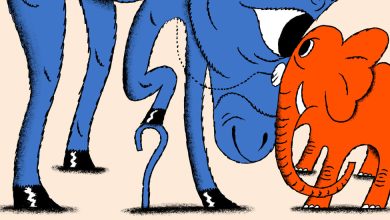 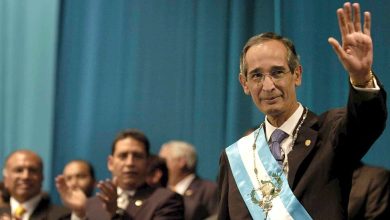 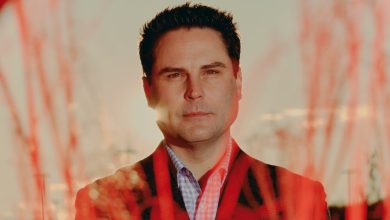 ‘Infinity Pool’ and the Battle for an R Rating