New York City’s free universal prekindergarten program, widely regarded as Bill de Blasio’s signature policy achievement as mayor, proved so popular that he vowed to expand it quickly to include all 3-year-olds.

But his successor, Mayor Eric Adams, is not nearly as committed to that goal.

The Adams administration is now distancing itself from Mr. de Blasio’s target of expanding free preschool to 60,000 families with 3-year-old children by next school year, and the mayor is reassessing how the city’s so-called 3-K for All program fits into his broader early childhood education strategy.

Mr. Adams and his schools chancellor, David Banks, are more focused on making child care affordable for poor families with children under 3 — a policy that he ran on during his campaign for mayor. Their position has raised concerns among early childhood experts who believe that 3-K must be universal to be successful and question Mr. Adams’s commitment to it.

Mr. Banks said in a recent interview that he would rather improve the quality of the 3-K program, which currently offers 55,000 spots, than simply hit a numerical target.

“I think their goal was big, bold numbers,” Mr. Banks said of the de Blasio administration. “Our focus is not on a number. Our focus is on the quality.”

The slowing of the timeline for 3-K expansion is one of many policy differences that have emerged between Mr. Adams and Mr. de Blasio, political allies who rose from the same Brooklyn power circles. Mr. Adams reversed Mr. de Blasio’s decision to end the gifted and talented program at schools; he has raised doubts about closing the jail complex at Rikers Island on Mr. de Blasio’s timeline; he brought back a contentious anti-gun police unit that was disbanded under Mr. de Blasio.

Mayor Eric Adams has focused more on a universal child care program, rather than concentrating on efforts to broaden free preschool offerings.Credit…Brittainy Newman for The New York Times

But the city’s prekindergarten and 3-K programs were viewed as a national model that could serve as a road map for a sweeping $200 billion national free prekindergarten plan proposed by President Biden last year.

When Mr. de Blasio took office in 2014, there were roughly 19,000 prekindergarten seats for 4-year-olds; that number rose to a high of nearly 70,000 before the pandemic. The program, paid for with state funding, is open to all New York families regardless of income.

He then turned to expanding 3-K, with programs now in all 32 school districts, but not always distributed evenly. Both programs have been popular among families grappling with the high cost of preschool in New York City.

Mr. Banks said he appreciated Mr. de Blasio’s “vision” for expanding early childhood education, but that he had “great concerns” over the quality of 3-K programs, the “massive bureaucracy” he left behind and empty 3-K seats in some neighborhoods that were not filled.

“Unfortunately, there have been a lot of messes to try to clean up,” Mr. Banks said.

There have not been enough 3-K spots for all families who wanted one. About 3,300 applicants did not initially receive an offer for the current school year, according to the Education Department. About half of them later received an offer from a wait-list.

Jacqueline La Gamma, a mother of two young children who lives on the Upper East Side, said she applied for 3-K for the current school year and did not get a spot. Her child was No. 288 on one of the wait-lists. She said her family pays about $80,000 a year in day care costs and was hoping for a reprieve.

“It’s definitely disappointing,” she said. “Maybe they shouldn’t call it universal if there aren’t enough spots for 3-year-olds.”

Asked if the city still wants to offer 3-K to all families who want it, Mr. Banks said: “That’s the goal. How we get to the goal is what we’re struggling with.”

Mr. Adams, who has said little about 3-K expansion during his first months in office, later sent a statement affirming that 3-K “continues to be a priority in our administration.”

“We remain committed to offering a range of birth-to-5 programs, based on the needs of our families and our communities and giving every child that wants and needs a seat access to one,” he said, adding that he would need to work with “all levels of government” to identify a “sustainable path forward” in terms of funding.

Mr. Banks warned that the Education Department might be forced to make budget cuts if the city’s tax revenues drop, as many experts are forecasting.

“We are dealing with a very serious fiscal cliff that is facing the city, and it will face every city agency,” he said. “We’ve got lots of really, really important programs, and yet we’re going to have to make some very difficult decisions in the coming weeks and months as we prepare for a financial forecast which is not sunny and bright.”

Expanding preschool programs to 3-year-olds was one of Bill de Blasio’s main policy initiatives in his second and last term as mayor.Credit…Sarah Blesener for The New York Times

The city’s 3-K expansion is particularly vulnerable because it was fueled by federal pandemic aid that is ending. The program, which is expected to cost $470 million this year, faces an estimated $376 million shortfall in 2026, according to the state comptroller’s office.

Mr. Adams, a moderate Democrat who is the first mayor who attended New York City public schools in decades, has said that he wants to support child care providers and their work force, and his administration has noted that they are overwhelmingly women of color.

With an influx of new funding from the state, his administration is working on an early childhood education plan that would allow poor families to pay only $10 a week for child care. He hopes to reach 41,000 children in “high need neighborhoods” over the next two years by making changes to vouchers, eligibility and local regulations.

Dan Weisberg, the first deputy schools chancellor, said that the city must find a sustainable funding source for universal 3-K, but that helping poor families was the top priority.

Josh Wallack, who oversaw universal prekindergarten under Mr. de Blasio, said it was critical for Mr. Adams to resist backing away from expanding 3-K.

“Pre-K for All succeeded because it brought all of New York City’s children together in one high-quality program and made it easier for all families to raise children here,” said Mr. Wallack, a former deputy schools chancellor. “The city should seize the opportunity to deliver on the promise of 3-K for All and help a whole new group of kids and families thrive.”

The looming financial crunch comes at a time when 3-K providers say that the city owes them millions of dollars in delayed payments that could force their centers to close.

Wayne Ho, chief executive of the Chinese-American Planning Council, which provides 3-K and pre-K at six early childhood centers, said the city owes his nonprofit $4.6 million for the last fiscal year that ended in June.

“We’ve been floating all the costs,” he said.

A group of prominent child care providers, including the Committee for Hispanic Children and Families and the UJA-Federation of New York, a Jewish nonprofit, sent a statement to The New York Times saying that the “fiscal stability of the entire sector is at grave risk.”

“Without immediate action, the city’s child care plan will not only be left unrealized but more importantly, the early care and education sector, its work force and the children and families that depend upon it will be irreparably harmed,” the groups said.

Mr. Weisberg, the first deputy schools chancellor, said in an interview that the previous administration was partly to blame for the payment delays and that education officials were working to fix the problems.

“We’re doing that work now to try to make sure that infrastructure is there for our partners,” he said. “Our systems have to get better.”

Other obstacles loom. The city’s Division of Early Childhood Education, which oversees prekindergarten and 3-K, has lost more than 100 staffers this year — part of an exodus of workers leaving city government. A certain amount of turnover is expected in a new administration, but many people in the agency say they are frustrated by the mayor’s new agenda, and morale is low.

Indeed, when Mr. Banks recently announced a restructuring at the Education Department, a group of workers held a protest wearing “Pre-K for All” shirts and holding signs that said, “Shame on you, Mayor Adams.”

Lillian Fincher, an early childhood education administrator, said at a recent City Council hearing that she decided to resign because the new administration did not value her team’s work to make prekindergarten and 3-K successful.

“Under the current leadership, we are demoralized and directionless,” she said.

Bank of England Raises Interest Rates by Another Half a Point 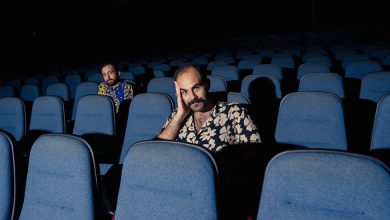 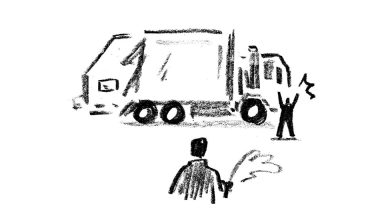 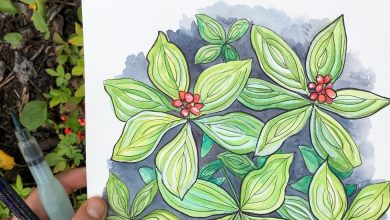