WASHINGTON — Scores of protesters took to the steps in front of the Supreme Court on Tuesday hours after a draft opinion overturning the landmark Roe v. Wade decision leaked. Armed with megaphones, signs, buttons and at least one letterpress for speedy poster production, groups supporting and opposing abortion rights demonstrated and occasionally confronted one another in front of the barricaded court.

“Pro-choice is a lie, babies don’t choose to die,” a throng of anti-abortion activists chanted.

“Bans off our bodies” and “my body, my choice,” their counterparts replied.

The size of the crowd grew gradually during the day. Senator Elizabeth Warren, Democrat of Massachusetts, delivered a short speech denouncing the “extremist Supreme Court.”

The New York Times spoke to a few of the protesters. Here’s how they described the moment. 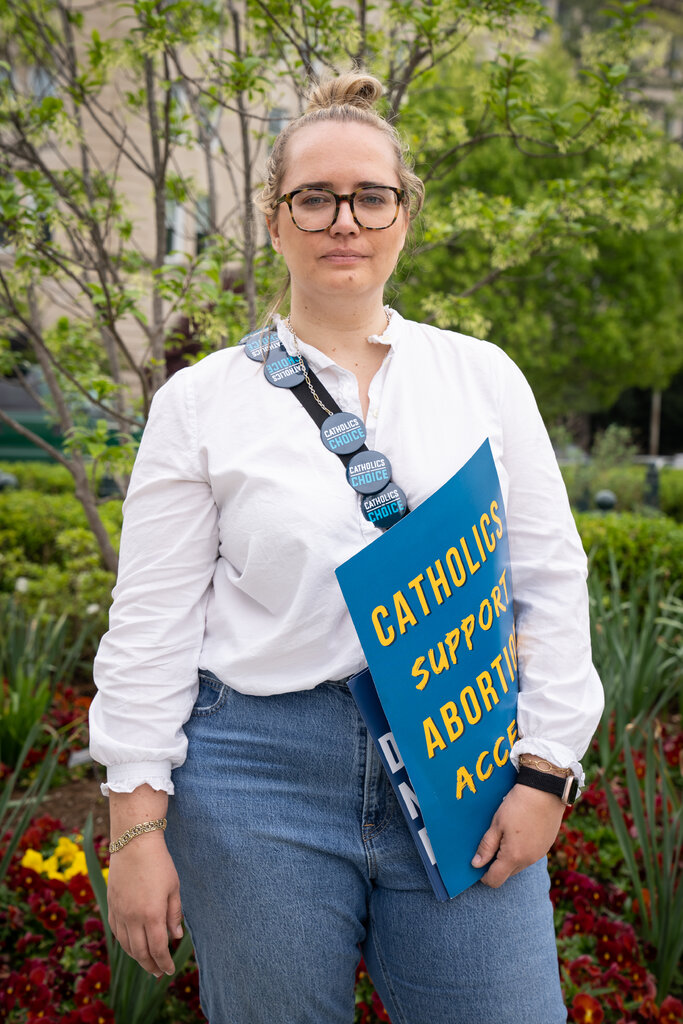 “The writing has been on the wall for a while, and I hope that this will be a wake-up call to other pro-choice Catholics like me, to be a little more outspoken about their beliefs.”

“I was surprised at the nature of the decision, but I wasn’t surprised at the content. I think that what we’re seeing is 50 years of religious overreach by the Catholic bishops into American government, in the Supreme Court, in Congress, and last night, we just happened to see it in the Supreme Court,” said Ashley Wilson, 32, the communications director for Catholics for Choice.

The Supreme Court’s upcoming decision in Dobbs v. Jackson Women’s Health Organization could be the most consequential to women’s access to abortion since 1973. 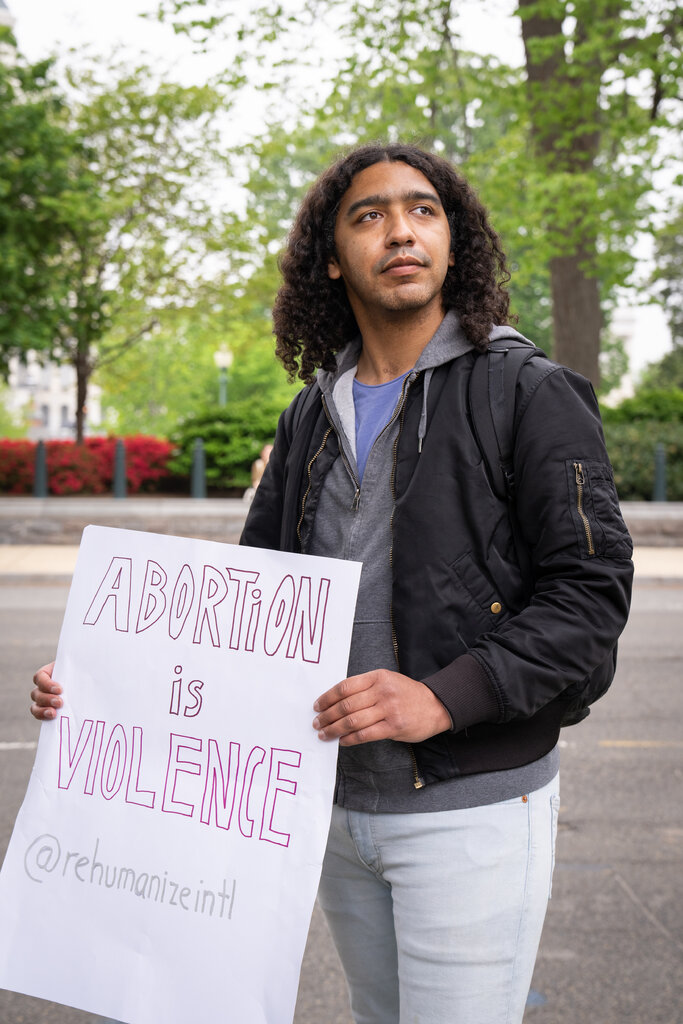 “It just goes to show it just takes like one or two people to like, stir up the world, you know, for both positive and negative.”

“When we landed at DCA, turned on our phones, we saw the news about the Supreme Court leak and, you know, a range of emotions. As soon as we were able to, we joined our colleagues and friends and booked it to come to rally in celebration last night and, of course, got like three hours of sleep and returned here in the morning,” said Robert Buird, 29, an activist with Pro-Life San Francisco.

He added: “To support democracy it means to recognize the voice of people in each and every state, and to support any valid concept of human rights means that you must recognize every human, every member of the human species. You can’t discount some people just because they’re smaller, less mature.” 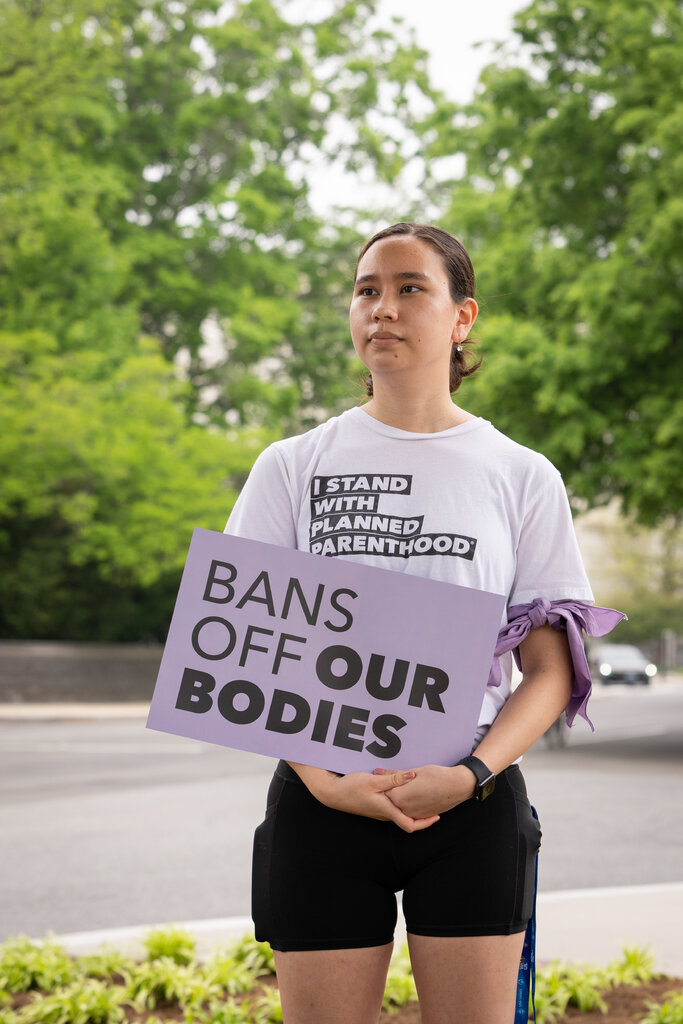 “There needs to be some real pushing with voters telling their legislators, ‘You need to support this legislation.’”

“The Supreme Court is out of line trying to take back multiple rulings, Casey v. Planned Parenthood and also Roe v. Wade. But also legislators need to step up here because we had the chance to enact federal law that will protect reproductive choice and it’s been stalled. So I really hope this motivates legislatures to, before the midterms, get something through,” said Izzy Rowland, 19, a student in Washington, D.C. She continued: “And of course, you have to have the whips come in and get the party in shape. And it shouldn’t be a partisan issue, but that’s how it’s been broken down.” 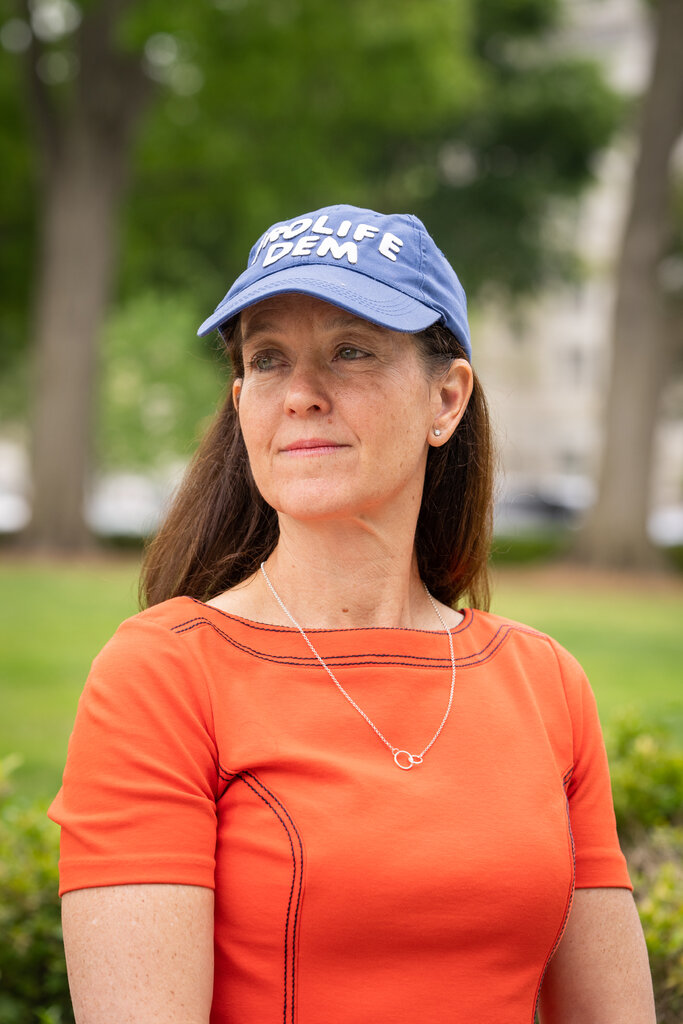 “We’re optimistic that Roe v. Wade will be overturned, but we also recognize that there’s a lot of work to do as a nation if that does end up happening, because we already have a patchwork of laws.”

Kristen Day, 53, executive director of Democrats for Life of America

“I was upset about the leak. And I think it’s the same institution that I felt could get to stay away from the politics of it. So I think I was really disappointed to see whoever leaked it. It was a personal thing, I think, to release it because they thought they could affect the decision. So I think that was just wrong. And then my second was, you know, we have to get this work done,” said Kristen Day, 53, the executive director of Democrats for Life of America.

“I think women are awesome,” she added. “We can have a baby, have a job and go to school, and we can do all those things. So let’s not tell them when they can’t. And I feel like with abortion, they sometimes will say you can’t do any of those things — unless you have an abortion and that somehow a child is going to hold you back. I just don’t believe that.” 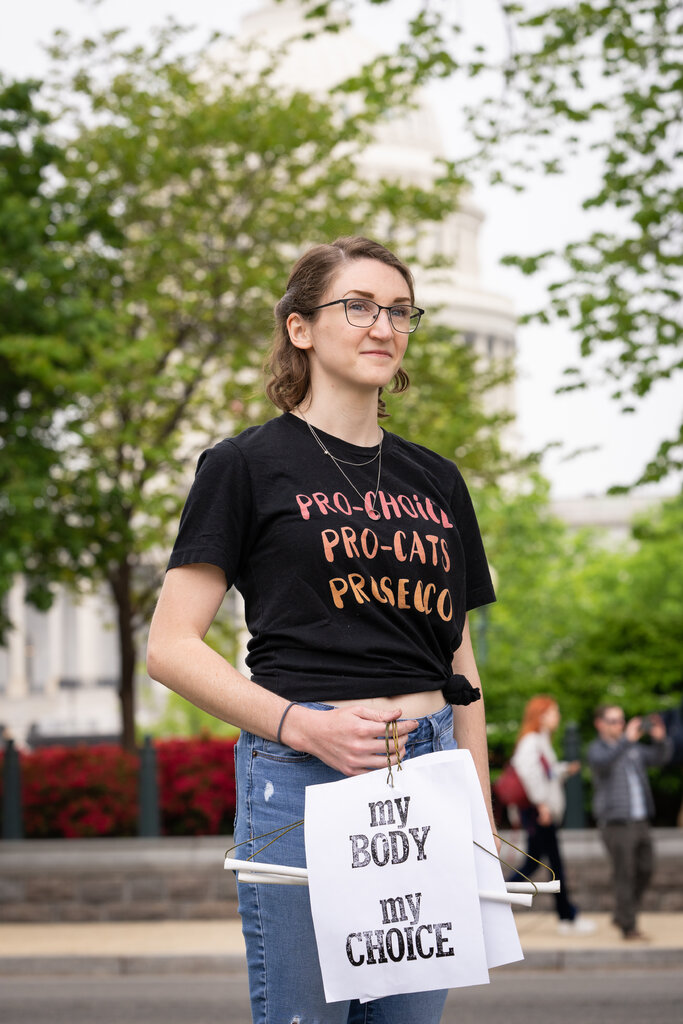 “I think it’s extremely important for women to have the freedom to be truly equal, and that includes economic freedoms, reproductive freedoms.”

Nat McGartland, 27, graduate student at the University of Maryland

“Having the right over your own body so implicitly ties into all of the other things that we’re fighting for that if we ban abortion, then we’re effectively controlling people of color especially and trans people — I don’t want to leave anyone out of this debate — but it’s freedom to just exist,” said Nat McGartland, 27, a graduate student at the University of Maryland.

Tags
Just Over That This Ti̇mes

‘I Think He’ll Be a Superstar’: A Rookie Learns on the Job

In Texas, a Proxy Fight Over Democrats’ Stance on Immigration

Pence, Tiptoeing Away From Trump, Lays Groundwork for ’24 Run

Democrats Fight Headwinds in Georgia and Beyond: ‘The Problem Is Reality’