SEATTLE — Despite the game looking like a Las Vegas Aces pummeling of Seattle in the first half, somehow Storm guard Jewell Loyd stood at the free-throw line with her team holding a 2-point lead with just over 11 seconds remaining and with a chance to steal Game 3 of the W.N.B.A. semifinals — a game that the Storm should have been out of a long time ago.

Loyd sank both free throws, giving the Storm a 4-point lead and prompting a timeout from the Aces. And what followed was a series of proverbial haymakers. Aces guard Riquna Williams silenced the deafening roars from the Seattle fans, who thought their team had the game sealed, with a 3-pointer to bring Las Vegas within 1. Timeout. Then Storm center Tina Charles missed two free throws and A’ja Wilson scored a layup to give the Aces a lead with 2.7 seconds left. (Stay with us.)

After another timeout, Sue Bird, freed up by a Breanna Stewart screen, hit an open 3-pointer, sending the crowd into near delirium. The Aces called a timeout as Wilson and the rest of the team walked back to the bench behind ear-piercing roars to draw up an inbounds play with 0.8 seconds remaining. The result was Aces guard Jackie Young wide open underneath the basket and finishing as the buzzer sounded to forced overtime.

The teams had scored 10 points in about 11 seconds, but the Aces pulled away in overtime, 110-98, ending the Storm crowd’s roller coaster ride of highs and lows with heartbreak.

The top-seeded Aces lead the best-of-five series, two games to one. Game 4 will be played on Tuesday at Seattle’s Climate Pledge Arena at 10 p.m. Eastern. It could be the final one of a decorated 19-season career for Bird, who said in June that 2022 would be her last W.N.B.A. season.

“We were up 4 with not a lot of time left, and that’s really to me where we lost the game, letting them take the lead,” Bird said. “They scored, what, 5 points in three seconds? That, to me, is where we really let this one go. You know, I understand the last plays are going to stick out because they’re dramatic and exciting, and I’m sure it was great TV, but we were up 4.”

Wilson led the Aces in scoring with 34 points and added 11 rebounds, while Chelsea Gray had 29 points, 12 assists and 5 rebounds. Stewart led the Storm with 20 points and 15 rebounds.

In her postgame news conference, Storm Coach Noelle Quinn contended Wilson’s basket that gave Las Vegas a 90-89 lead late in the fourth quarter shouldn’t have counted. When asked about a different play, Young’s game-tying layup, Quinn responded with: “The play where A’ja traveled?” Quinn later added that there wasn’t enough time to discuss what she thought was a missed call with the referees.

From the beginning of Game 3, it seemed like the Aces would run away with the win.

The Storm struggled offensively, trailing by as many as 11 points in the first quarter and shooting 25 percent from the 3-point line despite many open opportunities. Stewart, who scored 32 points in the Game 2 loss, was 1 of 6 with 4 points, and Loyd, who carried the Storm to a Game 1 win by scoring 10 of their final 12 points, was scoreless, missing her four attempts.

The Storm’s offensive struggles came as Gray and Wilson took turns scoring with ease. Gray rocked defenders with crossovers before hitting contested jump shots and layups to total 7 points in the first quarter. She added four assists, two of them to Wilson, who scored layups and drew fouls, screaming “And one!” in Charles’s face for one of those finishes en route to 11 first-quarter points. And throughout the game, Gray or Wilson was there to keep the Aces ahead whenever the Storm inched close.

“Chelsea’s special in certain situations,” Aces Coach Becky Hammon said. “I mean, you can just give her the ball, and she’s going to make something happen.” She added: “This girl been hitting big shots for her entire career. I don’t know if there’s — I mean — with clutch performances, you got to put her in the conversation with every great basketball player; male, female doesn’t matter.”

The Storm used a 13-6 run led by Charles to cut the Storm deficit to 48-40 at halftime. The 8-point differential seemed like a victory for the Storm as their stars Stewart and Loyd combined for just 11 points while Gray and Wilson had 33. In the third quarter, the Storm blitzed the Aces, using a 7-0 run to get their first lead of the game, 56-52, midway through the quarter.

“We really simplified everything,” Stewart said of the halftime adjustments, “and played similar to how we played Game 1, Game 2, and it gave us some type of momentum and push in the second half.”

Sue Bird’s 3-pointer had given Seattle a late lead before Young’s shot. She finished with 17 points, 8 assists and no turnovers, but the next game could be the last of her storied career.Credit…Lindsey Wasson/Associated Press

The Storm held Wilson to 2 points and Gray to 4 as they ended the third quarter down 4 points. In the fourth quarter, the Storm were buoyed by Stephanie Talbot and Stewart, who led the team as close as a team seemingly could to a win. Talbot, who was scoreless in the first three quarters, scored 12 points including three 3-pointers in the fourth.

“I think that maybe the first half I settled a little bit on jump shots,” Stewart said. “In the second half, I was really getting downhill and attacking the basket and putting the pressure on the refs to make the call.”

Despite boasting one of the most talented rosters in the league the past few seasons, the Aces have failed to win a W.N.B.A. title. Now one game away from returning to the finals after losing to the Storm in 2020, they are weary of getting too confident.

“We’re playing against the Seattle team that’s been here before — that can weigh the storm — no pun intended,” Wilson said. She added: “Game 4 is not about to be easy.”

A Second Constitutional Convention? Some Republicans Want to Force One 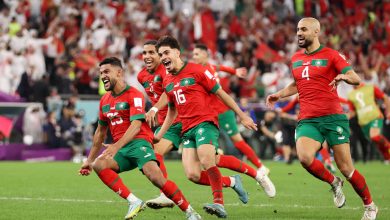 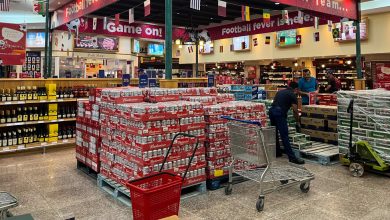 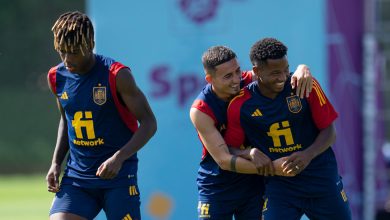 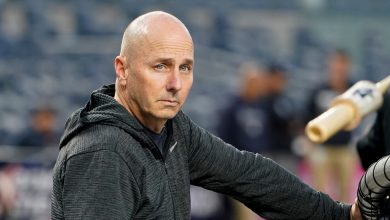