What seemed like an easy, sure victory turned into one of the most dramatic finishes in recent memory, as Marcus Ericsson held on after a late restart to win the 106th running of the Indianapolis 500.

With five laps to go, Ericsson, a 31-year-old Swedish driver, held a nearly three-second lead on Pato O’Ward, the 23-year-old Mexican driver for Arrow McLaren SP. But a late crash by Jimmie Johnson, the seven-time NASCAR Cup Series champion who was racing in his first Indianapolis 500, brought out a red flag that stopped the race with four laps left.

In a two-lap shootout after the restart, Ericsson wove left and right to disrupt the slipstream and fight off an intense charge from O’Ward to take the checkered flag.

“I knew the car was fast enough, but it was still hard,” Ericsson told NBC after the race. “I had to do everything there to keep them behind. I can’t believe it — I’m so happy.”

The thrilling finish unfolded in front of a packed house — the 500’s first in two years because of the pandemic — as IndyCar continues to battle with Formula 1 for the attention of fans of open-wheel racing.

The 2022 season of the global motorsport, which is enjoying growing popularity and seeking to expand its appeal, is underway.

Ericsson, who spent five winless years in Formula 1 before joining the IndyCar series in 2019, started the day on the second row and calmly hovered in the top 10 for most of the race. His win was the first Indianapolis 500 victory for the Chip Ganassi Racing team in 10 years.

Two of Ericsson’s Ganassi teammates dominated for much of the race. New Zealand’s Scott Dixon, a six-time IndyCar series champion who started the day in the pole position, traded first place with teammate Álex Palou of Spain for the opening laps. A poorly timed pit stop by Palou — moments after a caution flag closed pit road — sent him to the back of the field and essentially ended his chance at victory.

Dixon, who won the Indianapolis 500 in 2008, continued to lead for most of the race until a speeding penalty on his final pit stop ruined his bid for a second win.

Hélio Castroneves, the popular Brazilian driver, was hoping to claim a record fifth Indianapolis 500 victory after winning his fourth last year. Starting in 27th, he patiently diced his way through the field, finishing seventh.

Johnson, one of the most accomplished drivers in NASCAR history, had qualified an impressive 12th, but a tentative start saw him lose ground early and run near the back of the pack for most of the race before his late crash triggered the race’s final drama.

Fans packed the stands for Sunday’s race. It was the first time since 2019 that full attendance was allowed.Credit…Mykal Mceldowney/USA Today Sports, via Reuters

The crowd, which IndyCar officials said approached 325,000 people, marked a return to normalcy after two years of Covid disruptions. In 2020, the race was rescheduled to August with no spectators allowed, and last year’s attendance was capped at 135,000, about 40 percent of Indianapolis Motor Speedway’s capacity.

Sunday’s race concluded a busy month of open-wheel racing in the United States. Earlier in May, Formula 1 hosted its inaugural Miami Grand Prix, a star-studded spectacle that earned the highest American TV ratings ever for a live Formula 1 race.

As the global motorsport continues to surge in popularity, fueled in part by the Netflix series “Drive to Survive,” there is uncertainty over whether Formula 1 will threaten or boost the North America-based IndyCar series. Formula 1 held its storied Monaco Grand Prix earlier in the day.

But after the American racing magnate Roger Penske purchased IndyCar in 2020, some — like the Colombian IndyCar driver Juan Pablo Montoya, who finished 11th in Sunday’s race — are optimistic about the series’ future.

“IndyCar is really on the rise right now,” Montoya said earlier this month. “And with Roger Penske taking over, and Formula 1 getting big in the States, it’s exciting to think what the next few years will bring.”

Dinosaurs Started Out Hot, Then Some of Them Turned Cold

It’s Djokovic vs. Nadal, the French Open Rematch We’ve Been Waiting For 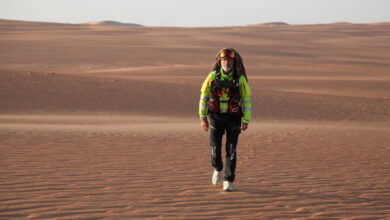