ATLANTA — Herschel Walker, the Republican candidate for Senate in Georgia, is receiving a tax exemption on his Texas home that is meant for primary residents of the state, despite currently living and running for office in Georgia.

Public tax records first reported by CNN show that this year Mr. Walker will receive a homestead tax exemption of roughly $1,500 for his home in the Dallas area, which he listed as his primary residence. He has received the tax relief for his home since 2012, according to an official in the tax appraisal office of Tarrant County, where Mr. Walker’s home is located.

Under the Constitution, Senate candidates are required to reside in the state they will represent only once they are elected. In Georgia, candidates must meet a handful of stipulations to establish residency in the state before filing their bids for office. Mr. Walker’s tax exemption in Texas suggests that his primary residence remains outside Georgia.

A spokesman for Mr. Walker’s campaign did not respond to a request for comment.

According to the Texas comptroller, Mr. Walker’s use of the tax exemption while running in Georgia is legal. The comptroller’s website states that you may still receive the tax break after moving away from home temporarily, if “you do not establish a principal residence elsewhere, you intend to return to the home, and you are away less than two years.”

Mr. Walker, who grew up in Georgia and was a phenom for the University of Georgia football team, has made his roots a centerpiece of his campaign. His decisive primary victory in May and support from Republican voters were driven in large part by his stardom in the state. He will face Senator Raphael Warnock, a Democrat, in a runoff election on Dec. 6, after neither candidate cleared the 50 percent threshold needed to win in Georgia on Nov. 8.

This is not the first time Mr. Walker has faced questions about his residency. Before announcing his Senate campaign in 2021, Mr. Walker lived in Texas for more than two decades. He registered to vote in Georgia in August 2021, days before he declared his candidacy.

Andra Gillespie, an associate professor of political science at Emory University, said that Mr. Walker’s tax exemption was unlikely to endanger his qualification for office or turn off the Republicans who supported him in the general election. But she added that in the final weeks of his runoff campaign against Mr. Warnock, the information could add more fodder to Democrats’ argument that Mr. Walker moved back to the state solely for his political career.

“Herschel Walker was never making the claim that he was a recent resident of Georgia — he was a native-son candidate,” she said. “If the Democrats can mobilize some additional people based on these allegations, then they will use it that way.” 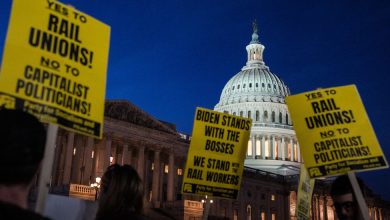 How Senators Voted on the Same-Sex Marriage Bill 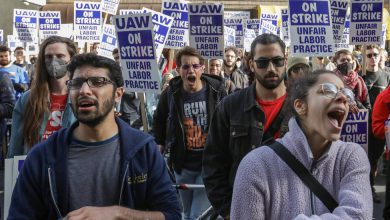 A Breakthrough in the University of California Labor Dispute 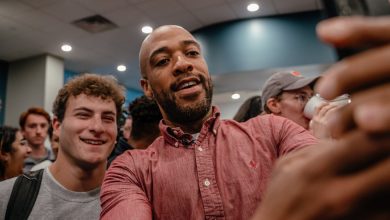