WASHINGTON — The Pentagon received documented reports of at least 58 instances in the last five years in which high school military instructors who led Junior Reserve Officers’ Training Corps classes sexually abused or harassed students, military officials told a congressional subcommittee on Wednesday in response to criticism that they had failed to properly oversee the program.

Assistant secretaries from the Army, Navy and Air Force, as well as the Department of Defense, testified before a House national security subcommittee, whose members grilled them about procedures for vetting instructors and rooting out abuse in the program, known as J.R.O.T.C. Hundreds of thousands of high school students are enrolled in the program in 3,500 high schools across the country. One congresswoman has floated the idea of temporarily shutting the program down.

The hearing followed a New York Times investigation in July that found that 33 instructors had been criminally charged with sexual misconduct involving student victims over five years. The Pentagon’s higher number of substantiated allegations appeared to include additional instances in which the abuse or misconduct had not resulted in criminal charges. All 58 of those instructors had been decertified, the military officials reported, except for two who had killed themselves.

The military officials expressed their outrage at the abuse and said they had begun reviewing policies regarding J.R.O.T.C., which provides students with training in leadership, civic values, weapons handling and other skills.

Thomas A. Constable, the Defense Department’s acting assistant secretary for manpower and reserve affairs, said the Pentagon expected to recommend a list of possible changes by the end of the year. He and the other military leaders said part of the problem was a lack of standardization across the branches in oversight, background investigations and coordination with school districts over how the programs are run.

The pledges were not enough for some lawmakers, including Representative Jackie Speier, Democrat of California, who was highly critical over The Times’s findings, which included cases in which instructors targeted multiple victims, or were allowed to remain teaching despite complaints from students that were not thoroughly investigated.

“I’m not going to sugarcoat this: This is a scandal,” Ms. Speier said, later adding: “In some respects, I feel we should just shut down this program until you can get it right.”

She said the findings were particularly disturbing in light of long-running investigations of sexual abuse within the U.S. military.

“It is chilling to think that after we have been addressing this issue for over 10 years within the military — where we know that cases exceed 20,000 to 30,000 a year and only 5,000 report, and we know that the chain of command has been part of the problem — to come and see this going on in our classrooms, in high school, is traumatizing to me, to be quite honest,” she said.

Military leaders and members of Congress said that when run successfully, the program was a vital way to teach teenagers life skills, discipline and leadership, and to expose them to military careers at a time when recruiting has become an increasing challenge. But the lawmakers said military officials had not taken reports of abuse seriously enough and had largely placed the responsibility of uncovering bad behavior on school districts.

The Times investigation detailed how the military certifies instructors — all retired veterans, many after lengthy careers in the armed services — but then takes a hands-off approach, turning supervision over to the schools. Instructors often grow close to their students, becoming mentors and leading extracurricular activities off campus or outside normal school hours. Those bonds can help guide students through difficult periods of high school or give them a positive role model, but they can also lead to problems when instructors use those positions to abuse their students.

The subcommittee in its own investigation found that all of the military branches had failed to conduct annual inspections of every program, as is required by the Defense Department. Military officials suggested on Wednesday that more funding would allow them to hire more staff members to inspect the programs more frequently.

The Army runs the largest of the J.R.O.T.C. programs, and Yvette K. Bourcicot, the Army’s acting assistant secretary for manpower and reserve affairs, said taking J.R.O.T.C. at a high school in a suburb of Washington, D.C., had set her on a path toward a top Army leadership role. She said that she found the recent reports of abuse very worrisome.

“J.R.O.T.C. instructor mistreatment of cadets is particularly egregious because of the faith and confidence that the Army, parents, students and the nation place in those teachers,” Ms. Bourcicot said. She noted that the Army had enhanced its background checks, in 2014, for employees who regularly deal with children, including J.R.O.T.C. instructors. She said that the Army was preparing to roll out annual attestation forms to instructors in which they would promise to “uphold Army values.”

Alex Wagner, the Air Force’s assistant secretary for manpower and reserve affairs, said that 92 percent of the Air Force’s instructors are men, despite the fact that about 40 percent of cadets are women, and that the branch was prioritizing the hiring of more female instructors. He said the Air Force was also reviewing its vetting processes and would start including information about how to contact J.R.O.T.C. headquarters on the consent forms that parents and students sign at the beginning of the school year.

Hundreds of thousands of high school students are enrolled in the program in 3,500 high schools across the country. Credit…Mary F. Calvert for The New York Times

Still, by the end of the nearly two-hour hearing, Representative Glenn Grothman of Wisconsin, the ranking Republican on the committee, was among several lawmakers who expressed dissatisfaction with the officials’ responses, saying he was disappointed that the military seemed to “lack a sense of urgency.”

Earlier, he had grown frustrated with Robert D. Hogue, the Navy’s acting assistant secretary for manpower and reserve affairs, when Mr. Hogue said he could not “speak with any familiarity on how we stack up against regular high schools and allegations that are faced within districts concerning teachers.”

The Times had reported that the percentage of J.R.O.T.C. instructors who were criminally prosecuted for sexual misconduct involving student victims was higher than the rate of civilian high school teachers in several jurisdictions that were examined.

Mr. Hogue said the Navy was alarmed and concerned by every instance of abuse, but that local police and school districts were primarily responsible for investigating misconduct by instructors.

Jacey Antokoletz, one of the young women interviewed for The Times’s report about being sexually abused by her J.R.O.T.C. instructor when she was a high school junior in Brewster, N.Y., said the hearing was a welcome sign that politicians were taking her and other victims’ experiences seriously.

“I’m glad that they’re hammering down so hard on it,” said Ms. Antokoletz, who is now 23 and working as an accountant. “I’m happy to be part of coming forward so that more attention can be drawn to the issue, but it really is unfortunate that it took the article coming out to even address that this is going on.”

In a Polish Village, Renewed Fears of War Spilling Over From Ukraine

‘This Is Not Ukraine’s Fault’: Tensions Ease Over Missile Strike in Poland 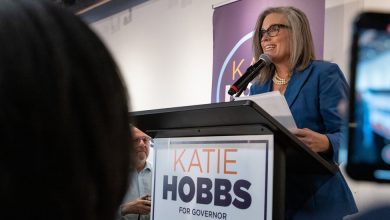 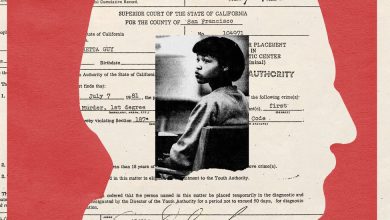 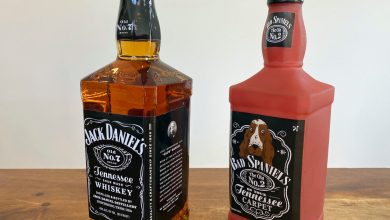 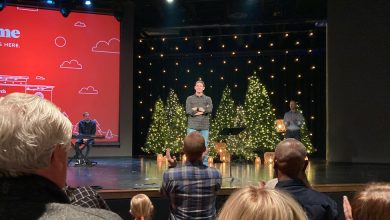