MEMPHIS — An hour before a gospel choir kicked off the funeral for Lisa Marie Presley on the broad lawn of Graceland, Kathy Chandler, the owner of a restaurant in Pilot Point, Texas, was ambling down Elvis Presley Boulevard with a heavy heart. She was clutching a red rose.

Ms. Chandler, 58, was among more than a thousand fans who flocked to Graceland on Sunday morning and stood in the bitter cold to pay their respects to Ms. Presley, a singer-songwriter, scandal-scarred tabloid fixture, and a woman who occupied a unique place in popular culture. She was, as the former Memphis mayor A C Wharton put it, “the only child born to the world’s most famous father.”

The death of Ms. Presley this month, at age 54, clipped short a poignant and often painful chapter in the story of the iconic 20th-century singer and his family, who were long ago elevated to something like royalty status by Mr. Presley’s worldwide throngs of adoring fans. And on Sunday, her memorial service showed how this more democratized concept of royalty, arguably perfected by Americans, has moved ever closer to the more traditional kind: Not only did Mr. Presley become a king by playing rock ’n’ roll. He also passed down his royal status through his bloodline.

It was a service fit for a princess — delivering a familiar Presleyan mix of media circus, down-home celebrity worship session and all-star musical revue. It also demonstrated the ongoing global reach of the Presley brand, 68 years after its patriarch cut his first professional session in Memphis’s Sun Studio. The path to the Graceland “meditation garden” where Ms. Presley and her father are now both buried was lined with ornate floral arrangements from Elvis fan clubs from Finland, Denmark and Japan.

Among the mourner-performers were Alanis Morissette, Axl Rose of the band Guns N’ Roses and Billy Corgan of Smashing Pumpkins. Atop a riser, a TV correspondent provided commentary in rapid-fire German. Ms. Presley’s friend Sarah Ferguson, the Duchess of York, delivered brief remarks.

Like all children of noble lineage, Ms. Presley did not choose the life. It was there waiting for her when she was born in Memphis on Feb. 1, 1968. And like some other royal progeny, she was often uncomfortable wearing the crown.

Her life was, in effect, a princess blues, burdened by financial mismanagement of her inheritance, multiple failed marriages to complicated famous men — including the pop star Michael Jackson and the actor Nicolas Cage — and the devastating 2020 suicide of her son, Benjamin Keough.

To the public, at least, she seemed to personify the dark streak that runs through Mr. Presley’s most powerful music, from “Mystery Train” to “Suspicious Minds.” She held grudges, and wrote about them using language more demotic than regal: “You’re an idiot and I hate your guts,” she sang on her song “Idiot,” from 2005. “I guess I’m about as happy for you as I would be a cockroach in my food.”

But Ms. Presley did not run from her connection to her father. She embraced it, and so did her memorial service. Selections from Mr. Presley’s gospel recordings poured out of a sound system on the Graceland lawn on Sunday morning as the crowd shivered under a gray sky. Her voice mingled with her father’s on one of the selections, “Where No One Stands Alone,” a posthumous duet. Another Elvis song, “He Is My Everything,” seemed to blur the sacred and the secular in a way that spoke directly to Ms. Presley’s connection to him:

He is my reason for living,

Oh He is the king of all kings

I long to be His possession,

Oh, He is my everything.

There was an overt echo of the funeral services for Mr. Presley, who died in 1977 of cardiac arrest at age 42. An estimated 18,000 mourners lined the streets to send him off as his body moved down Presley Boulevard in a white Cadillac hearse. At Ms. Presley’s service, the sea of mourners was cordoned off to the side of the Graceland lawn. People were reverentially silent. On numerous occasions a wave of cellphones went up in unison to capture footage of the friends and family who gathered for the service under a tent in front of the mansion.

More than a thousand fans flocked to Graceland to pay their respects.Credit…Houston Cofield for The New York Times

They included Ms. Presley’s mother, Priscilla Presley, who divorced Mr. Presley four years before his death, and the film director Baz Luhrmann, who scored a hit last year with “Elvis.” That frenetic biopic made a case for Elvis’s enduring cultural impact while wrestling with his appropriation of Southern Black music, an act of love and theft that crashed the barriers of a segregated country like a rock through a plate-glass window.

After an African American ensemble, Jason Clark and the Tennessee Mass Choir, delivered an ecstatic take on “Amazing Grace,” Mr. Wharton, the former mayor, spoke, reminding the crowd that Ms. Presley’s birth was an important bright spot for Memphis in 1968, the same year the Rev. Dr. Martin Luther King Jr. was assassinated in the city.

“Many of you here remember that period, truly one of the most trying times in the history of our nation. God knows it was hard,” he said. “It was a hard year for Memphis. But 54 years ago there was a star shining right here at Graceland, with the birth of this precious angel.”

Mr. Corgan, playing acoustic guitar, delivered a gentle version of the Smashing Pumpkins song “To Sheila.” The Duchess of York said that she and Ms. Presley used to call each other “Sissy,” and directed words of consolation to Ms. Presley’s surviving children: the actress Riley Keough and the twins Harper and Finley Lockwood. Ms. Morissette performed a brooding, spiky, piano-driven song, “Rest,” singing: “Can we cut this woman slack? Let her lie down.”

Jerry Schilling, a member of Mr. Presley’s “Memphis Mafia” inner circle who managed Ms. Presley, recalled that she was the only person he had ever met who managed to intimidate Jerry Lee Lewis. Mr. Rose sang his band’s 1992 hit “November Rain,” and said that with the suicide of Ms. Presley’s son, her life “took a turn down a hard road,” forcing her to seek help in dealing with grief, and prompting her to help others suffering from it.

Ms. Keough, who has appeared in films by Lars von Trier and Steven Soderbergh, did not speak. But her husband, Ben Smith-Petersen, read something she had written in honor of her mother. It was addressed to her directly: “I hope I can love my daughter the way you loved me.”

Soon after, People magazine online discerned a morsel of celebrity news embedded in that line: “Riley Keough is a mom,” a pair of People reporters posted on the magazine’s website, adding, “A rep for Keough confirmed to People that the couple welcomed a baby girl in 2022.” 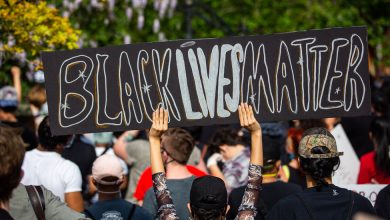 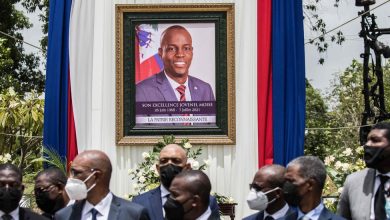 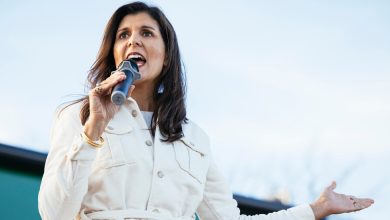 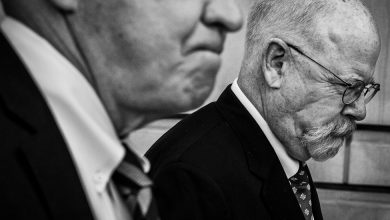