Denmark, like most of Scandinavia, likes to see itself as a fair and equal society, with a nonhierarchical structure, high levels of happiness and trustworthy institutions dedicated to everyone’s well-being.

But one of the country’s most famous boarding schools, long attended by the children of the elite and members of the royal family, has recently become embroiled in a scorching scandal, in jarring contrast to Denmark’s trademark values.

Multiple accusations of sex abuse and bullying have overrun the red brick classrooms and austere dormitories of the boarding school, Herlufsholm, revealing brutal pecking orders and unsanctioned violence among students.

“We are deeply shaken by the reports,” Crown Prince Frederik and his wife, Princess Mary, who pulled their son from the school in June, said in a statement. “Bullying, violence and indignities are never acceptable.”

The scandal, which led to multiple resignations and drew widespread outrage, was fueled by a television documentary aired in May on Denmark’s TV2 that reported disturbing episodes, including an assault on a boy who was digitally penetrated by schoolmates, and older students’ cruel domination over younger ones.

The students interviewed said that such episodes were “normal” and called the culture at the school “destructive, exclusive and oppressive of the younger students.”

Experts said the revelations showed that within the walls of Europe’s elite boarding schools, things look much the same across countries, with social privilege outweighing any perceived cultural norms.

“The people who can afford this are a smaller group of quite wealthy Danish people,” said Peter Allerup, a professor emeritus at Denmark’s Institute for Pedagogy and Education.

“In these circles,” he said, “they don’t have the warmest feelings for nonhierarchical structures.”

Shortly after the abuses were revealed, the Danish Board of Education released a damning preliminary report about the school, the result of an inspection it had started last year upon learning that reporters were looking into the case. Calling the abuses it found “completely unacceptable,” the board urged the school to repay funds it had received from the state, and said it would make a final decision on requiring that repayment after the school submitted its response.

Herlufsholm was founded in 1565 in a former monastery about 50 miles south of Copenhagen by Herluf Trolle, a Danish admiral, and his wife, Birgitte Goye, along the principles of Christian humanism. The school was meant to welcome 40 students, serving “not only the nobility, but also children with ability and desire for learning and education,” according to the school’s website. The words of Ms. Goye — “Fear God, do right and do not rely on people” — still decorate the coat of arms on the school’s facade, the website notes.

Today, the school has more than 500 students, including boarders and day students who pay about $6,000 to about $20,000 a year — an exception in a country where education is largely free. Herlufsholm is famous for its ties to the royal family, academic quality, straw hats and quirky traditions.

“We are deeply shaken by the reports,” Crown Prince Frederik and his wife, Princess Mary, who pulled their son from the school in June, said in a statement. “Bullying, violence and indignities are never acceptable.”Credit…Keld Navntoft/EPA, via Shutterstock

After the Board of Education’s report was published, the school’s entire board resigned, and the crown prince and princess removed their son, Prince Christian, from the school and said that their daughter, Princess Isabella, would not enroll there this fall.

“We as a family are burdened by the unfortunate situation at Herlufsholm,” the couple said in a statement. The crown princess has a foundation focused on countering bullying and promoting well-being among the young.

“We expect that the school will do what it must do to rectify the unacceptable conditions,” the couple wrote.

The school has come under scrutiny before. Reports of bullying have emerged in the past, and there have been two separate accusations of rape by a male student of a female student, one in 2006 and one in 2016. In the earlier case, the boy who was accused was found not guilty, and in the other, the police dropped the charges.

The TV2 documentary’s claims were supported by new evidence, which parents submitted to the Board of Education in January, that included videos of younger students being forced to drink older students’ urine, a student being choked and then dragged down onto the bathroom floor, and another having his underpants pulled up forcefully.

Shortly before the documentary aired, another boy at the school was convicted of raping a male student. He has appealed the verdict.

Patterns of predatory behavior have emerged at several boarding schools around the world and especially at elite schools in Britain. Psychologists have studied how in these cloistered environments, away from their families, children may tend to conceal their emotions, pretend to be adults and establish domination over weaker students.

Such behavior stands in stark contrast with a Danish value system that prizes a flat society without rigid social rankings. Danish citizens have the highest “willingness to delegate authority to subordinates” of 137 countries, according to the World Bank, and Mr. Allerup said that in recent decades, Danish schools had carried out changes to make schools more horizontal, cutting the distances among students and staff.

“In Denmark, there is a tendency to get rid of hierarchies,” Mr. Allerup said. “You shouldn’t show too much that you are more than everybody else.”

In the case of Herlufsholm, however, he said that parents might have been willing to accept some skirting of those values to ensure successful futures for their children.

“They close their eyes as long as their son can come out of Herlufsholm,” he said.

The school has apologized to the victims and enacted several measures to try to improve students’ experiences. Before his resignation, the board’s chairman, Torben Lowzow, said that the prefect system would be abolished and that traditions such as one in which graduating students have to protect a small island from younger students, wrestling and fighting them, would be prohibited.

He also said that students would be given private rooms and that the school was looking to replace the dormitories where some of the abuse took place.

In response to questions about the scandal, the school said in an email, “We deeply regret that this has taken place at Herlufsholm,” adding, “We want every student to feel and be safe.”

Clashes Between Rival Militias in Libya Kill at Least 32 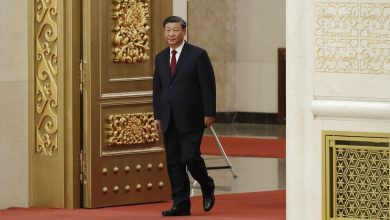