The videographer Joshua Vela-Fonseca was staying about 18 miles from a volcano in the Galápagos Islands last month when it started to erupt.

“There was a huge orange light,” said Mr. Vela-Fonseca, who was on a scientific expedition in the area when Wolf Volcano began spewing ash and lava on the night of Jan. 6. “It was very, very difficult to miss.”

Neither the ash clouds nor the lava cascading down the volcano’s slopes posed a safety risk to the people on the expedition. So Mr. Vela-Fonseca, 28, took out his camera and started shooting.

For days afterward, he and a handful of other people captured remarkable images of a river of fire snaking for miles in an orange line so bright it was visible from space. 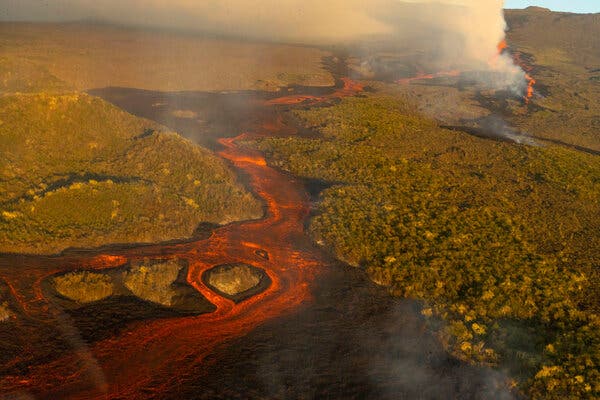 “Other cultures see volcanoes as gods and the wrath of nature speaking to us,” Mr. Vela-Fonseca, who is from the Galápagos, said by telephone.

“But we don’t fear them, that’s for sure,” he added. “Ours aren’t explosive or violent. They’re very, very gentle, and they last for a long time. It’s just mesmerizing to see.”

Some volcanic eruptions are notable for their sheer force. The recent one off the coast of Tonga, for example, produced hundreds of times the mechanical energy created when the United States military leveled Hiroshima, Japan, with an atomic bomb in August 1945, according to a NASA analysis.

Such volcanoes produce explosive ash clouds when gas bubbles become pressurized because they cannot escape from sticky magmas beneath the ground, said Michael Stock, a professor of geochemistry at the University of Dublin in Ireland.

“The magmas erupted on Wolf Volcano do not contain very much gas, but they’re also very hot and runny, which allows any gas bubbles which are present to easily escape,” Professor Stock said. “For this reason, the system doesn’t become pressurized and consistently produces relatively benign lava flows.”

The Wolf eruption was visually spectacular in part because it happened on a moonless night and more than 60 miles from the nearest human settlement, according to Jorge Carrión and Washington Tapia Aguilera, two scientists with the Galápagos Conservancy, a nonprofit based in Virginia. Mr. Carrión captured the early stages of the eruption in a time-lapse video that he shot from near the top of the roughly 5,580-foot volcano. 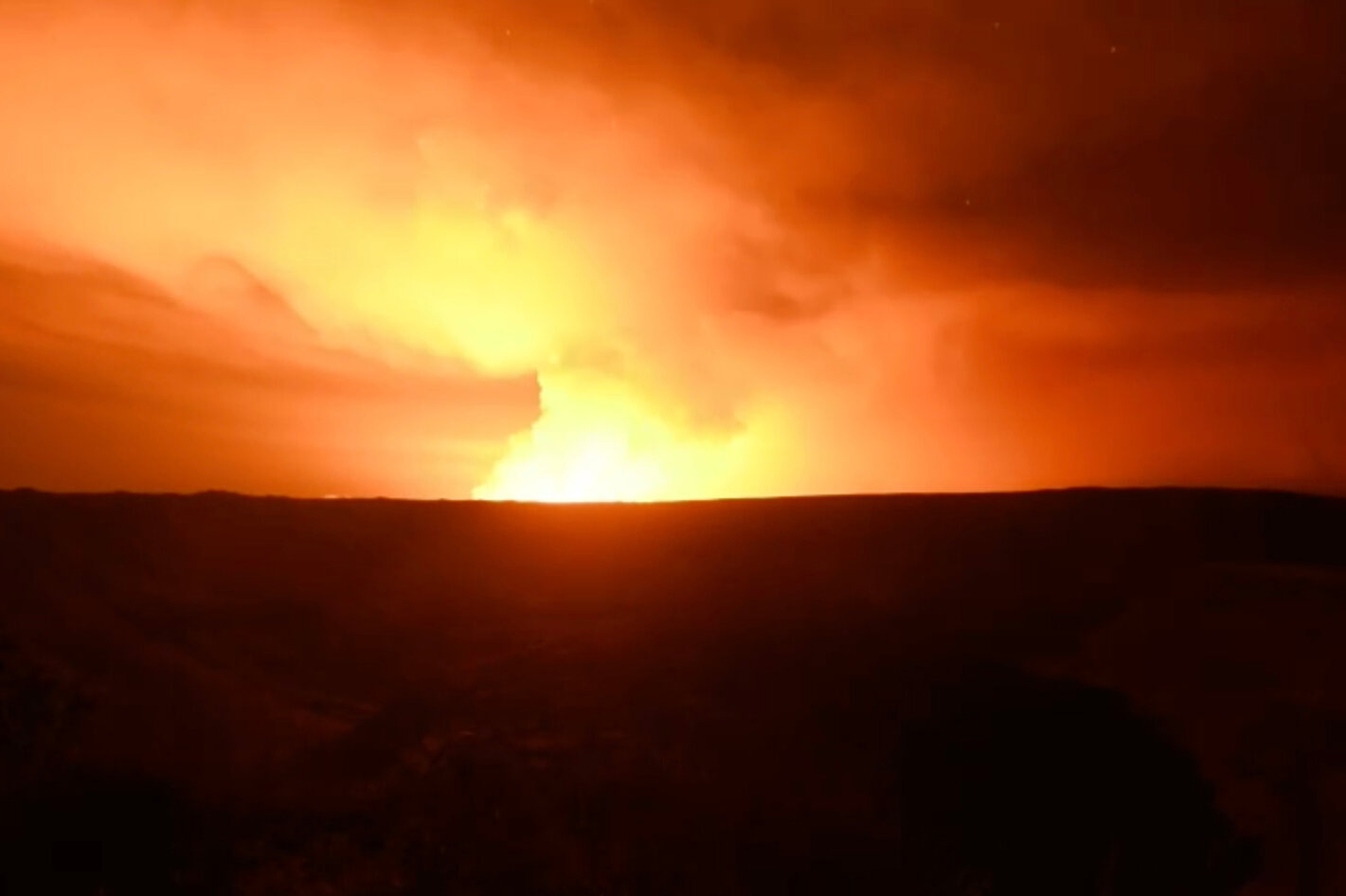 A time lapse video of the Wolf Volcano eruption in January.CreditCredit…Jorge Carrión/Galápagos Conservancy

Wolf Volcano is the largest and tallest volcano in the Galápagos Islands, an archipelago about 600 miles west of continental Ecuador. A nearby volcano on the same island, Isabela, is named after Charles Darwin, who came up with his theory of evolution after studying finches on the archipelago in the 1830s.

When Wolf erupted after 11 p.m. on Jan. 6, Mr. Vela-Fonseca and others were in the area as part of a naturalist expedition organized by Cookson Adventures, a London-based travel company founded by the polar explorer Henry Cookson.

After the eruption, the expedition became a mission to rescue park rangers and scientists, including Mr. Carrión, who had been conducting fieldwork on the volcano. At first light on Jan. 7, Cookson Adventures organized two helicopters to fly them to safety.

Before the eruption, Mr. Vela-Fonseca had traveled to Isabela Island as part of a scientific expedition.Credit…Joshua Vela-Fonseca

The passengers on those helicopters had an up-close view of molten lava as it crept down the volcano’s southeastern flank. Mr. Cookson said in an email that at some points, lava was being thrown up to 200 feet in the air.

“The pilots weren’t very comfortable,” said Mr. Vela-Fonseca, who was on a support ship that the helicopters used as a staging ground for flights over the lava. No one was killed or injured as a result of the eruption.

In the days after those helicopter flights, Cookson Adventures arranged to fly Gustavo Miranda, Ecuador’s environment minister, into the area so that he could assess the risk to biodiversity. A primary concern was the pink iguana, a species that lives on Wolf Volcano and was seen for the first time only in 1986. Scientists say there were only about 200 breeding adults in existence today.

Fortunately, the eruption had occurred on the opposite side of the volcano from where pink iguanas and other endemic species, including giant tortoises, mainly live.

A pink iguana on Isabela Island. The species was seen for the first time only in 1986.Credit…Joshua Vela-Fonseca

Once the lava flows cool, they will aid the evolutionary patterns of Galápagos biodiversity by hosting seeds, insects, small reptiles and birds, Mr. Carrión and Mr. Tapia Aguilera said in an email.

But the lava hasn’t quite cooled yet. Fresh lava was still flowing from Wolf Volcano as of last week, according to Mr. Vela-Fonseca and Anahi Concari, a naturalist guide from the Galápagos who has been visiting the area in recent days.

The Geophysical Institute, a research organization in Ecuador, said last month that Wolf Volcano’s “eruptive activity” was decreasing. It also said that Wolf may yet spring back to life — just as it did during its last eruptive phase, in May and June of 2015.

Residents of the Galápagos tend to welcome eruptions because they draw attention to a place where nature tourism drives the economy, he said, and the archipelago’s black-and-red volcanic deposits are constant reminders of how it was formed in the first place

“It’s all over the place,” he said. “We see fields of lava everywhere.”

Uber says its business is bouncing back from a pandemic-induced slump.