LONDON — On Friday, the day after Britain blacklisted seven prominent Russian oligarchs, residents of the wealthy London borough of Kensington and Chelsea rolled a washing machine overflowing with fake pound notes in front of a multimillion-dollar townhouse belonging to the family of the president of Azerbaijan.

It was a camera-ready stunt that made a serious point: For Britain to be successful in curbing the flood of dirty money — a phenomenon some call the “London laundromat” — it needs to go further than imposing sanctions on highly visible Russians like Roman Abramovich, the billionaire owner of the Chelsea soccer club.

The Azerbaijani leader, Ilham Aliyev, is one of hundreds of wealthy foreigners who have exploited Britain’s lax regulations to amass property and other assets, often under a web of offshore companies that disguise their ownership. Others have parlayed their fortunes into gilt-edged social status, endowing revered British cultural and educational institutions, or donating money to the Conservative Party.

Targeting these figures will be even more challenging than going after boldface names like Mr. Abramovich, whose ties to President Vladimir V. Putin of Russia are longstanding and well documented. But the protesters in Kensington said such an effort was crucial if Britain genuinely wanted to rid itself of the taint of dirty money.

The Azerbaijani leader, Ilham Aliyev, in 2018 in London. He is one of hundreds of wealthy foreigners who have exploited Britain’s lax regulations to amass property and other assets.Credit…Victoria Jones/PA Images, via Getty Images

“The crisis exposed the issue of Kremlin-linked money in the U.K., but it’s a much more systemic, global problem, with London sheltering this kind of money,” said Flo Hutchings, who helped found a neighborhood group, Kensington Against Dirty Money. “We hope this situation will have a snowball effect.”

On Friday, Britain struck a blow in that direction, imposing sanctions on 386 members of the Duma, the Lower House of Russia’s Parliament, for recognizing the independence of two separatist regions of Ukraine, Donetsk and Luhansk. That will prevent the lawmakers from traveling to Britain and freeze their assets in the country — potentially a heavy penalty for Duma members who do not have oligarch-scale wealth.

Even some of Britain’s harshest critics said its latest moves showed a new commitment. In addition to Mr. Abramovich, the government blacklisted Igor Sechin, a confidant of Mr. Putin’s who runs the oil giant Rosneft; Andrey Kostin, a banker known for renting a lavish ski chalet during the World Economic Forum meeting in Davos, Switzerland; and Oleg Deripaska, a well-connected industrialist.

Mr. Deripaska had employed a Conservative member of the House of Lords, Greg Barker, as chairman of a metals company he partly owns. Last week, under intense political pressure, Mr. Barker stepped down from the company’s board.

“The gloves are now off in the U.K.,” said William F. Browder, an American-born British financier who has campaigned against corruption and human-rights abuses in Russia. “They hit Deripaska, who has his own representative in the House of Lords. I don’t think they’re specifically avoiding anyone.” 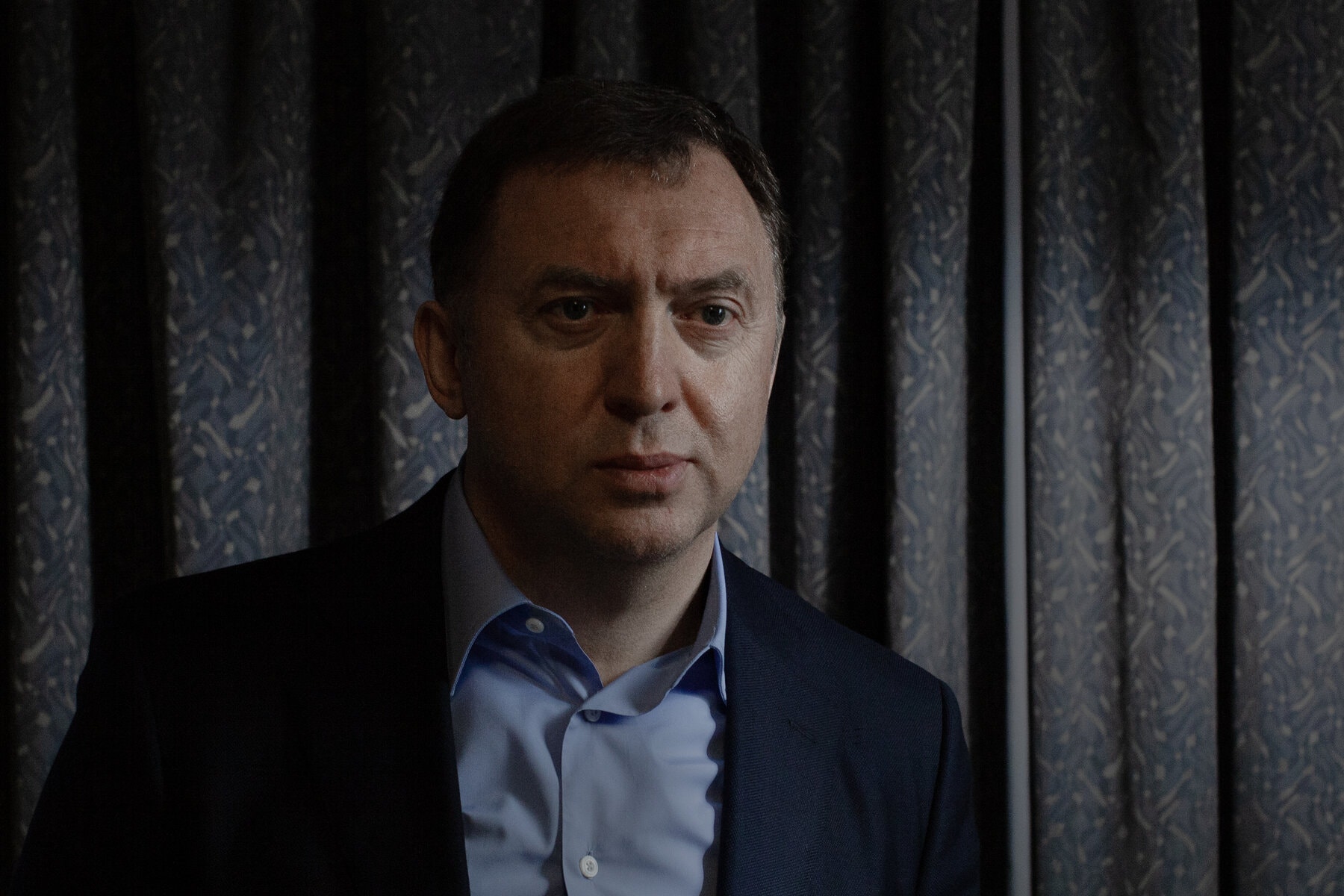 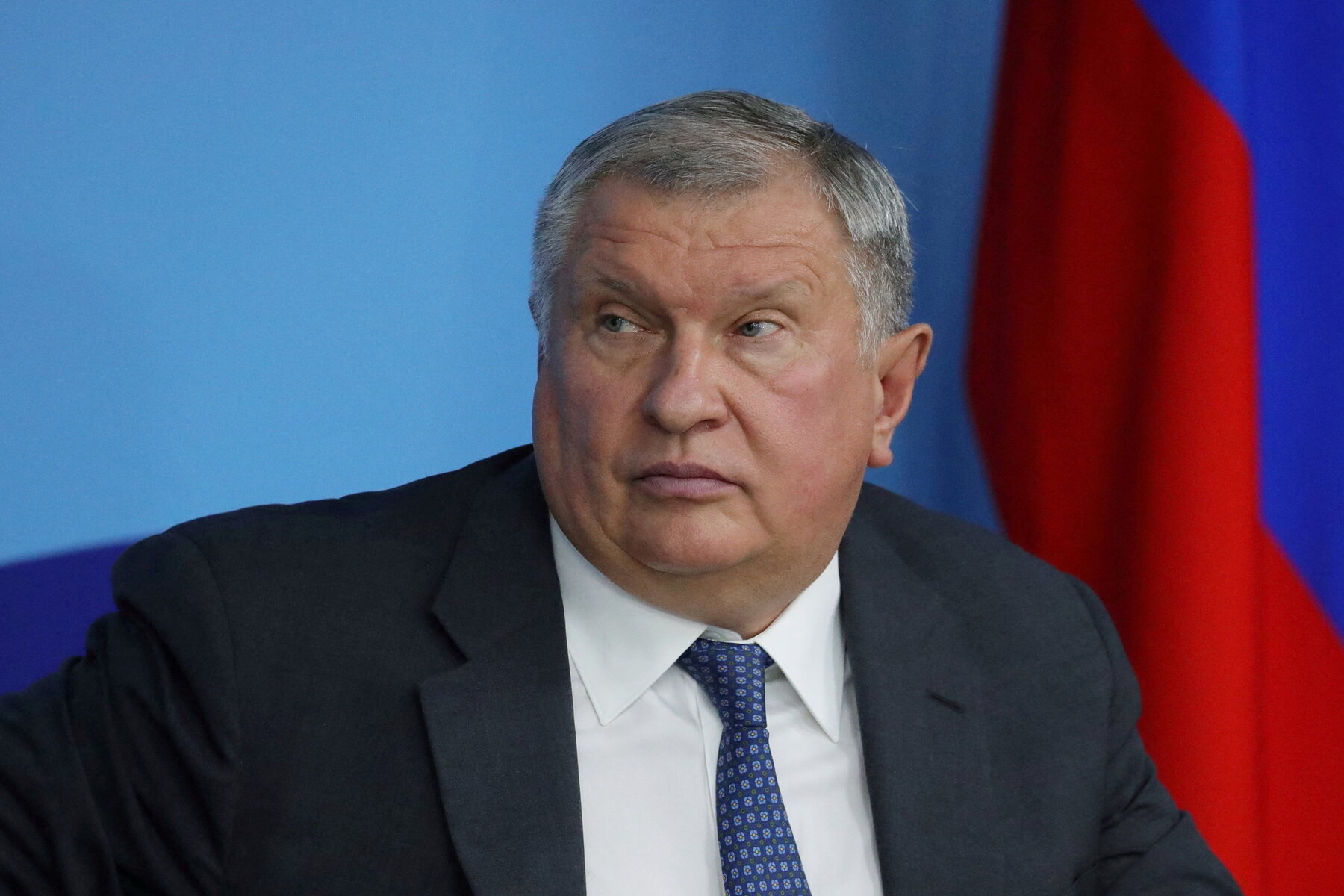 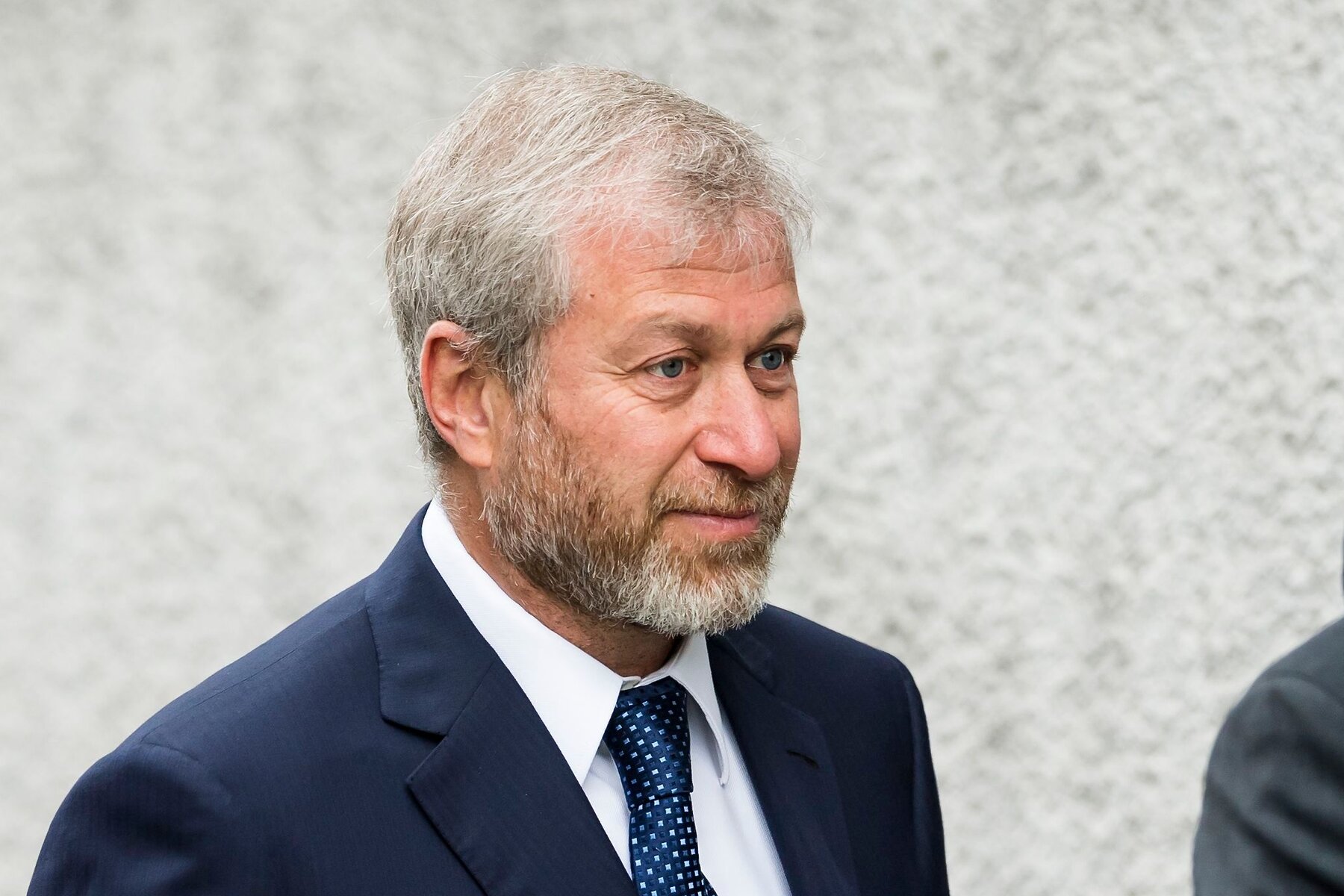 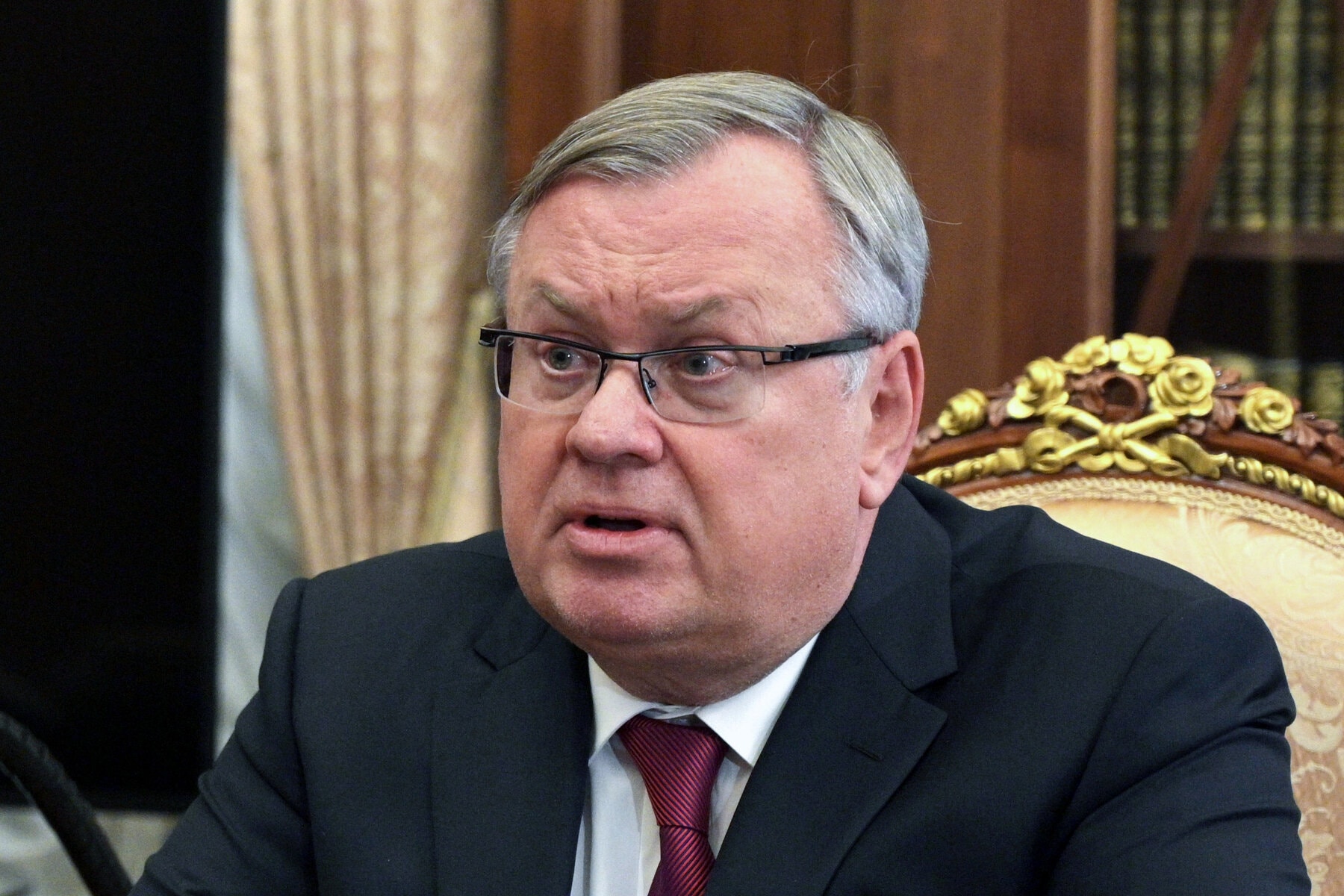 Still, on some level, Britain is simply catching up. Most of the Russians blacklisted by Britain had already been penalized by the United States or the European Union. While Britain has imposed sanctions on 18 oligarchs since the start of the Russian assault on Ukraine, on Feb. 24, its list includes fewer than half of the 35 people identified by the jailed Russian opposition leader, Aleksei A. Navalny, as candidates for blacklisting because of their role in propping up a corrupt system.

Britain also signaled the measures against the Duma members last month, effectively giving them time to clean out their British bank accounts, though analysts said some were likely to have stranded real estate in London.

“Some of the smaller fry are almost more important because they won’t have millions here, but have something and it will irritate them,” said Chris Bryant, a lawmaker for the opposition Labour Party, who has called on the government to do more to root out corrupt money.

Another tactic for the richest of the oligarchs is to make generous donations to the arts, education or charity — a form of “reputation laundering” that makes them harder to punish. A handful of oligarchs have become pillars of British society.

In a report in December on corrupt money in Britain, Chatham House, a research institute on foreign affairs, cited the Russian financier Dmitry Leus, who it said was “a supporter of St George’s Hospital, runs a children’s charity, supports a sports club in London, and is a fellow of the Royal Society of Arts.”

“He also attempted to become a patron of the Prince of Wales’s foundation, making a £535,000 donation,” the report said. “However, the foundation later returned the donation, having learnt that Leus had spent time in a Russian prison.”

Leonard Blavatnik, a Ukraine-born British American billionaire, donated almost $100 million to Oxford University to build a school of government, and his name is on a wing of the Tate Modern Museum in London. One of the wealthiest people in Britain, Mr. Blavatnik has kept his distance from Mr. Putin, though he made his fortune in the post-Soviet breakup, investing with a fellow oligarch, Viktor Vekselberg.

“You have to be careful about where to draw the line,” Joe Powell, a founder of Kensington Against Dirty Money, said of going after individuals. “This is not meant to be an anti-Russia or anti-Russian campaign. This is first about transparency.”

For the activists, it is easier to shine a spotlight on Mr. Aliyev, the Azerbaijani leader, whose government engages in repression and human-rights abuses, according to the State Department. The problem with the influx of money like Mr. Aliyev’s, Mr. Powell said, is that it distorts the property market, making affordable housing scarce while leaving thousands of high-end residences empty.

On the ground. Russian forces, battered by the local resistance, have stepped up their bombardment across Ukraine. In Kyiv, artillery battles in the suburbs remained intense, though the Russian advance toward the capital seemed to be on pause.

Punishing measures. President Biden and other Western leaders moved to further isolate Russia from the global trading system, saying they would strip the country of normal trade relations and take other steps to sever its links to the world economy.

Iran nuclear deal. A European Union official said that talks on reviving the 2015 deal were put on pause following the invasion. Russia, a signatory to the accord, has tried to use final approval of the deal as leverage to soften sanctions imposed because of the war.

The coronavirus threat. With millions of Ukrainians on the move fleeing the invasion, health systems disrupted, and testing and vaccination programs suspended in many places, health officials warned that conditions could fuel a new Covid surge across Ukraine.

The townhouse in Kensington is one of a portfolio of London properties, worth tens of millions of dollars each, owned by offshore companies with ties to Mr. Aliyev or his relatives. The ownership details came to light in the Pandora Papers, a trove of leaked financial documents that were published, starting last October, by the International Consortium of Investigative Journalists.

The entrance way to Thornwood Gardens, a residential area that is reported to contain properties owned by Mr. Aliyev or his relatives.Credit…Leon Neal/Getty Images

But none of this has so far prompted Britain to act against Mr. Aliyev. His country is not involved in the war in Ukraine, even if he and Mr. Putin are friendly. Azerbaijan also maintains cordial relations with Britain, which is a major investor in its energy industry. Last year, Prime Minister Boris Johnson of Britain toasted 30 years of diplomatic ties, saying, “cooperation is currently at an all-time high.”

Though Mr. Johnson has pressed hard for sanctions against Russia, including removing its banks from the SWIFT financial transfer network, he has been slower to target London’s rich Russians. That, critics say, reflects the fact that his Conservative Party has been the beneficiary of their largess.

Since Mr. Johnson became prime minister in 2019, the party, or its constituency associations, have received 1.93 million pounds (about $2.5 million) from donors who are either Russian or who made money from Russia, according to calculations by the opposition Labour Party, based on disclosures to the Electoral Commission. The Tories typically raise more than 20 million pounds ($26 million) a year in private donations.

Among the Russian Tory donors are the industrialist Alexander Temerko and the financier Lubov Chernukhin, with whom Mr. Johnson played tennis in exchange for a check before he became prime minister.

Prime Minister Boris Johnson’s Conservative Party, or its constituency associations, have received 1.93 million pounds from donors who are either Russian or who made money from Russia, according to calculations by the opposition Labour Party.Credit…Dan Kitwood/Getty Images

“These are not just happy-go-lucky Russians who came to the U.K. after starting some kind of a burger joint in Moscow,” said Thomas Mayne, a visiting fellow at Chatham House and an author of its report. “These are people with very clear links to the Kremlin or to people who have had roles in the past that are likely to raise security issues.”

Such concerns came up in the case of Evgeny Lebedev, a 44-year-old Russian-British press baron and friend of Mr. Johnson’s, whom he gave a seat in the House of Lords. Mr. Lebedev’s father, Alexander Lebedev, was an official in the K.G.B. who became an oligarch. Security agencies raised questions about his father’s background, according to a person familiar with the matter, but Mr. Johnson pressed ahead.

“For many years, we turned a blind eye to this and all of a sudden, we are worried about Russian money,” Mr. Mayne said. “Well, it’s a little bit too late.”

Tags
London Money Sai̇d That Who